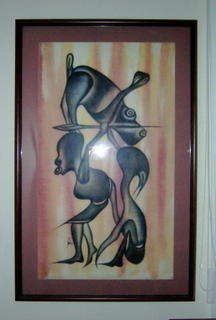 Such a strange night ...

It's been playing in the background all week -- the drama in a Martinez courtroom being played out in all of its brutality and shame. I've not wanted to write about it, but it begins to look like I need to get it behind me in order to move on.

Turned on NBC tonight and as I clicked the remote past Prime Time I saw her face for just an instant. I clicked back. She'd appeared on MSNBC a few nights before and I'd quickly clicked her away -- not wanting to deal with it. It has been 3 years since I learned of my friend, Felix Polk's murder. The woman on camera was Susan Polk, a woman I never knew. Her sensational murder trial bleeds into my life despite all efforts to silence her.

The late Dr. Felix Polk was a member of my husband's (Project Community) research staff at the university when we first met. He was a fine psychologist with whom I was paired in our work on the campus at Concord High School. We worked together with adolescents for about a year in the early Seventies. He was bright and gentle and always seemed a bit shy.

At that time he was married to Sharon Polk, a brilliant concert pianist who was the more outgoing and witty of the two. They had two great kids, their adolescent son was studying acting with the American Conservatory Theater in San Francisco under Director William Ball. Felix was very proud of his family. I found both the Polks interesting to be around, and Felix a great mentor and good (though always reserved and respectful) friend. After some years I learned of their divorce. It was only mildly surprising since divorce was not a rare event in the lives of the those who peopled my life at that time.

I watched the hourlong interview tonight with Susan -- explaining how she'd stabbed her "violent and abusive" husband to death (26 times), and I was horrified. I believed that she must have entered his life long after his marriage to Sharon had ended since those years were now long ago. Not so. I watched her face as she disclosed "the scandalous event in my life." She said that their affair had begun while she was his 15 year-old patient -- in the year 1972!" A year during which Felix "...had hypnotized her so that she has no recollection of what occurred in her therapy sessions". She was 25 when they married. The years of her "seduction" would have been clearly the years when he and I were working together in the schools and when I knew him and his family fairly well. This was surreal ... I could not turn away but sat transfixed before the small screen unable to move.

In watching the program I felt shock each time the camera did flashbacks and -- instead of the greyhaired Felix whom I didn't know -- the 40 year-old darkhaired psychologist Felix whom I did know well would emerge and my own flashbacks would take over.

The camera roamed around their spacious and beautiful Orinda home for the entire hour. They showed 3 young sons born to his second marriage to Susan -- and who were strangers to me. Only one appeared on camera, and in support of his mother. Only Felix's neighbor friend's description of events and of his relationship with Felix and of conversations they'd had in the days leading up to the murder made sense to me. It appeared that this man and I knew the same Felix Polk. That physically and mentally abusive mad man in no way resembled the murdered man described by Susan Polk.

I remembered then a day when I'd written a report on our group session for him. In it I'd described my impressions of each youngster of the dozen or so students in our group -- and given my perception of small changes I'd observed over weeks since the previous evaluation. In a very untypical moment of closeness he stopped by my desk to return the paper with the words. "I want you to know, Betty, that I couldn't have written that." It was the highest compliment and the more meaningful since it came from one who rarely entered into casual talk. It meant much to me since I was the only member of Bill's staff who held no degrees. The others were all either graduate students, Ph.D candidates, or full-fledged psychologists. That was the day that Felix welcomed me into "the Club." I was no longer simply the wife of the principal investigator to be merely tolerated, but a valued member of the research team. I felt validated in the academy by a professional whom I deeply respected.

Susan Polk murdered him "...because he was trying to kill me!"

Photo: This framed batik hangs on my bedroom wall. It is by an anonymous African artist.


Posted by Betty Reid Soskin at 9:55 PM No comments: 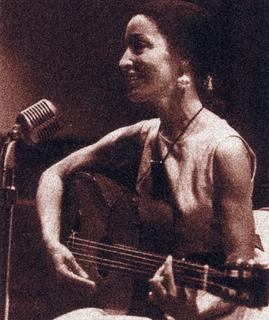 Spent this holiday foraging through storage boxes and discovering everything except those things that I know were saved -- but that have disappeared into that place where the "other sock" usually ends up. You know that you have them, but where?

Someplace there is a cassette tape of a concert that I saved for years -- the audio portion of a 30-minute concert I performed for KQED years ago. It was the only record of one of the countless Betty-lives lived over the decades. Without that tape, I'm not even sure that she existed anywhere except in my imagination. Impossible, of course. The lyrics are all here in my files and now in my blog, and the songs are singing themselves softly as I type.

It's a little like the copy of the scenario and the stills from "Farallon Light" safely stored in my files -- I can hold the browning sheets in my hands and remember the filming and the scoring ... but can't locate a copy of the 16 mm film anywhere on the planet. That's not quite true, though, since a friend did locate one at the University of Southern California film department recently. I emailed that source only to learn that their copy is "...too scratchy to be of any use." I'm in a kind of summation period in this life and needing to gather together evidence of my tenure on the planet -- and that film is terribly important to me now. My friend -- who heads the media department at Vista College here suggests that I should request it anyway, and that new techniques may make it possible to restore it. Will do.


Photo: Photo taken at a concert of the Unitarian-Universalist General Assembly in Cleveland in the late 60's.
Posted by Betty Reid Soskin at 4:19 PM No comments: