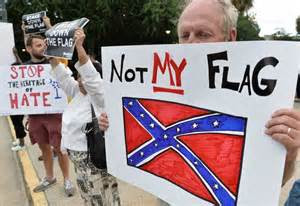 Increased visitation at the Visitor Center due to the recent NPR Forum interview has made it necessary to add several programs to my weekly schedule, and we'll just have to see how much added stress is manageable.

On Wednesday the first of the newly-scheduled hour-length programs came and when it did I was half-way across town at my desk busily working at park headquarters!  Had totally forgotten the changes until a colleague alerted me by asking, "... shouldn't you be at the Visitor Center about now, Betty?"  It was ten minutes 'til eleven and I was deeply into a questionnaire from Business Insider, an online magazine out of New York --and had been all morning.  Had to abruptly shut down computer, grab flat-hat and dash for the elevator -- hie to the parking lot and take off on the frantic ten minute drive to the Visitor Center where an Oakland book club was waiting in the theater ... phew!

So much for the third person Betty's ability to deal with change.  This was the first morning out and I'd failed miserably.

I arrived out of breath but it only took only a few minutes to climb onto my stool and get wired up and into the stories, so -- as a test -- it's working if somewhat crazily.

Returned to the Civic Center office after the presentation, completed the 4-page single-spaced questionnaire for the magazine, and then headed for home a bit earlier than usual. 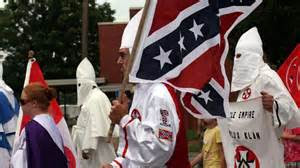 Vertigo is now all but gone, and blood pressure back to normal, and -- after witnessing the removal of the Confederate Battle Flag from the capitol grounds in Columbia, South Carolina early this morning, my world is far less emotional.  CSPAN's coverage of the wild and robust debate over the threatened removal of all such flags (all sales and exhibitions) from National Park Service sites (except where appropriate to the telling of that history) exposed the very real possibility of another governmental shutdown resulting from Congress's inability to follow the lead of South Carolina in removing that symbol of hate.  There has been a tacking-on of an amendment to the important funding bill for the Armed Forces budget which would have enabled this to happens -- which brought about a raucus shouting session in the House chambers that could not be quelled.  To prevent the Congress from having to go on record by voting in support of a continuation of the Confederate flag controversy, the House voted to send it to committee which essentially will kill the amendment without action.

This is far from over, but I'm hopeful that we may be finally-- as a nation -- entering an era of  the belated processing of the Civil War -- something that's been festering beneath the surface for more than a century.  Maybe the South will lead the nation in that work, and would that not be ironic?

I believe that we here in Richmond's Rosie the Riveter/WWII Home Front National Historical Park are well into that dialogue, and we're drawing folks of every race and ethnicity into the conversations.

Given the possibility of another governmental Shutdown ... maybe this is only the beginning of another exciting chapter in our nation's history.

.... and maybe I'm well-placed as a link between then and now -- at a crucial time in our story.
Posted by Betty Reid Soskin at 4:33 PM No comments: