Received a lovely note of appreciation today from a documentary filmmaker who discovered my blog while researching the story of Jackie Robinson online.  Didn't remember it, but the images rose in full color when I entered Jackie's name into that little search bar (remember, just above the banner, left side of screen above my picture), and posts from November of 2008 popped up with lovely photos of Rachel and Jackie Robinson's wedding and an account of my youthful encounter with the legendary athlete.

I wasn't aware of the new film, "42", opening this week throughout the country, but there will surely be a new generation of young people wanting to know more about him.

I recall seeing a picture of  his widow, Rachel,  being greeted by President Obama only a few days ago.  Maybe there was a private screening in the White House?


Need to pay closer attention to such things.

Wonder if I'll want to see the movie, or, if it's better to just savor the movies of my mind?
Posted by Betty Reid Soskin at 7:01 PM No comments: 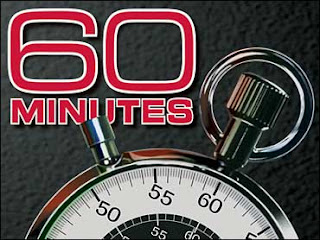 Upon arrival at the Visitors Education Center on Saturday morning after an unexpected day off...

... as usual I checked my voice-mail first thing.  Only one message by an unfamiliar woman's voice asking if I would please call back at my earliest convenience.  The next few words were almost unbelievable, "I'd like to know if you'd be willing to be interviewed for a possible "Sixty Minutes" future program.  Yes, that CBS Sunday evening prime time show.  What in the world ...?

I returned the call and learned that, indeed, it was a serious proposition requiring still another call-back, this time to the man who is interested in exploring an idea he'd like to flesh out that would feature some of the women who'd served in the home front work force during WWII; I suppose a kind of "then and now" piece.  We have several Rosies who work with us at the Visitors Center as volunteers for four hours every Friday where they interact with the public by sharing their stories of the times.   They love their work.

He will be coming next week to spend an afternoon with me where he'll take in my showing of the orientation film, "Home Town Heroes" in our little theater;  he'll be a part of my audience as I do my commentary and conduct a Q&A with whomever is present.  It's what I do every Tuesday and Saturday afternoons at two o'clock, and has become an important feature of ranger programs.

I suspect that this is still a far cry from being substantive yet, and Mr. Lloyd will be creating something that may or may not be considered suitable by those back on the East Coast who make such decisions, but it promises to be an interesting possibility.

I still wonder where all these folks were when I was young and beautiful with a full life of adventures ahead and a resumé to build?  It all seems pretty ironic at this late date, but there's a delightful serendipitous quality to it all.  I'm not sure the world was ready for a young and daring Betty, anyway.  Besides, I didn't hit "daring" until about ten years ago.  Maybe it is I who arrived too late for the world.

Posted by Betty Reid Soskin at 4:51 PM No comments: 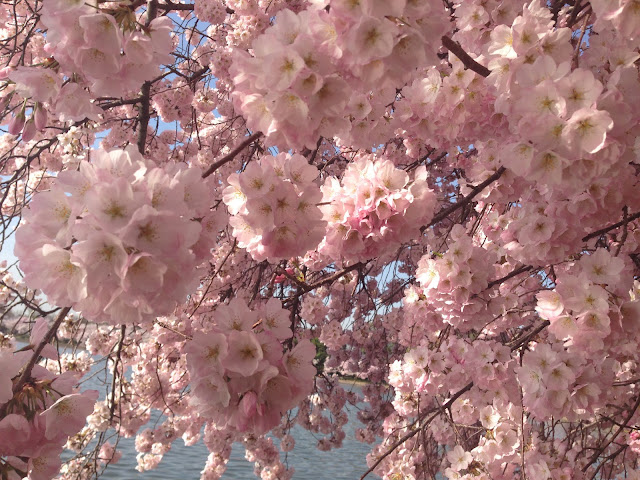 Spring has sprung with a vengeance!

... and my dear friend, Ranger Kawther Elmi, a Washingtonian stationed at the Lincoln Memorial -- took the time to catch this exquisite photograph of the cherry blossoms in their full magnificence!  If you can imagine feeling nostalgic for a scene you've never experienced -- this would be a fine example.

Having a reason to be on hand on the Capitol Mall for next year's blooming is high on my bucket list.  Would that not be just about the best gift to myself that ever there could be?  Maybe I could take one of my grandchildren on just one more adventure.

I can almost pick up their scent over the miles between ... .

Posted by Betty Reid Soskin at 4:06 PM No comments: