A few weeks ago I was interviewed by one of our interns, a college-aged student just entering what she hopes will be a career with the National Park System.  Allison wanted to have the interview as her contribution to an online blog, and since we share office spaces with other rangers at the headquarters in Richmond's Civic Center, it was an easy request to grant.


On that day we met in our conference room for a conversation that she would record, and that would serve as the basis for her assignment.

The chat was wide-ranging, covering a lifetime of starts and stops on my way to finding myself at 94 an active 5-day-a-week park ranger which is, in itself, a pretty startling story for the uninitiated.

This morning Allison sent her draft for my approval and/or corrections prior to submission.

In reviewing it I was curious that the point she highlighted in her sensitive and well-written paper was one that was almost an aside among what I might have considered far more dramatic vignettes from a pretty colorful life. 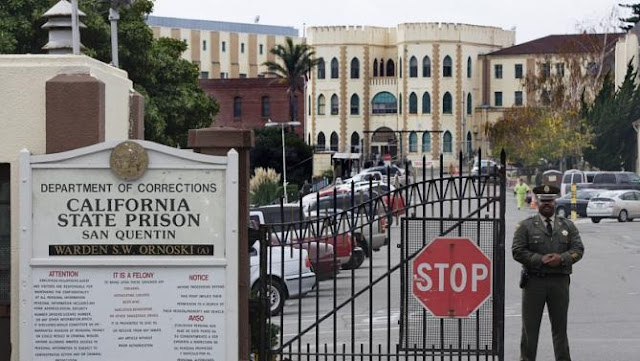 When I read the few sentences about an encounter I'd had some years ago with an African American woman from the community as we stood in line at the supermarket, I suddenly found myself in tears!  The few sentences were in response to Allison's questioning about just why it was that I'd made a statement in one of the radio interviews about why it is that I value the wearing of my NPS uniform as so important.

"I was on my way home from work and had stopped for a few items for that night's dinner.  As we stood quietly together in line waiting for the cashier to check out our purchases, she asked politely if I worked at the prison?  (San Quentin prison is just across the bridge from Richmond.)  I answered with some chagrin since it was clear that this woman's frame of reference at seeing a uniform rose from such an unexpected place.  I remember feeling slightly amused (smug?) at how much her question exposed of her limited experience.  I should have guessed that this would come back to haunt me someday."

Since that time we've all lived through Ferguson, Baltimore, New York, and a constant stream of police actions resulting in the deaths of many unarmed young black men; the upsurge of media accounts of a failed justice system; the out-of-control mass killings; and meeting and interacting with Wanda Johnson, mother of the late Oscar Grant of the tragic and fatal Fruitvale station incident.

The depth of my understanding of that small incident in that supermarket took on epic proportions.  Maybe Allison read more into it than I did at the time, much to her credit.

Today I'm tearful because -- after trying to connect the small audiences that I'm able to reach through my work -- I can see clearly that my unknown friend in that checkout line has experienced generations of conditioning that has created for her a reality that is counter to that of the "other" America.  It's not dissimilar to how we see police in those two divided Americas.  For her and for those with whom she shares lives, the justice system has always been a threat to our very survival, while to the other America -- it and the National Rifle Association exist for their protection in an increasingly dangerous world.

The National Park Service uniform held no meaning for her; it was beyond her sphere of recognition.  The prison system was something with which she has had lifelong experience, probably through no fault of her own -- but accepted as inevitable in life as an entire people have known it to be; how tragic!

The tragedy is that we've allowed ourselves to be segmented by such differing realities that we're no longer living in the same America, and neither America appears to be aware of it.  Our words have different meanings, and our lives are so differently defined by very real fractures in the foundations of an evolving society.

The wearing of my uniform is so much more than -- as I expressed it in that interview -- "upon being seen on the streets, in an elevator or escalator, I'm announcing a career path to children of color".

Tears may be a start, but in a very real way, it may mean that I'm being forced to look far deeper into the meaning of my work for ways to begin to knit together what is needed to bridge the divide.  That means putting my tiny pieces together with those of others toward creating a pathway leading us out of the wilderness of separation.

Could it be possible that -- of all the governmental agencies -- the National Park Service is best positioned to help us through to that "more compassionate future" that I so glibly have claimed over past months?

Or am I still not looking deeply enough?
Posted by Betty Reid Soskin at 1:56 PM No comments: 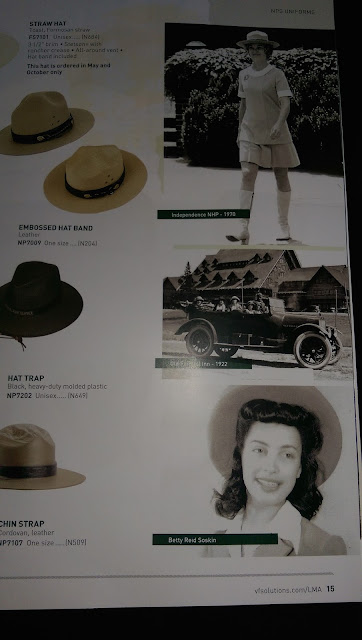 Posted by Betty Reid Soskin at 5:15 PM No comments:

Who would have ever guessed the likelihood of such a happening ... .

The Rosie Trust informed us that Governor Jerry Brown -- with about two days notice -- would be signing the Fair Pay Act on our park site on Tuesday.  The setting was the magnificent cathedral-like Craneway of the historic Ford Assembly Plant.  What a scramble!  This meant that the governor and his staff would be touring our Visitor Education Center for the first time, and that the women of the California State Legislature -- both Assembly and Senate -- would be descending upon us for the ceremonial signing of the strongest equal pay statute in the nation.

It was a glorious day in every way.  Weather could hardly have been more pleasant -- and if we don't get some unpleasant weather soon to end the drought -- the State will be in serious trouble.

It was a day of reunions with those with whom I shared a political life as a field representative over past years prior to my joining the National Park Service; former Assemblywoman Dion Aroner who was my employer at the time that the legislation forming the park was introduced by now-retired Rep. George Miller and enacted with the support of our Senators Boxer and Feinstein.  And, of course, in the audience was another dear friend and our current City of Richmond mayor, Tom Butt.

The bill was authored by Senator Hannah Beth Jackson of Santa Barbara and was a great victory for feminists everywhere.   Her bill is the strongest bill of any put forth in the nation, and will be hailed as a huge step toward full equality for women as other states move to adopt similar measures.  How appropriate it was that the Rosie the Riveter/WWII Home Front National Historical park would be chosen as the place where this bill should be signed!

What a time to be alive and a part of the women's movement!  I was a late-comer to the cause of feminism, but maybe that's not as important as the fact that -- over time -- I've been able to rise above my race to the gender issues that I share with the rest of those who help to hold up our half of the sky.

... and what a great way to enter the beginning of my 94th year.

Posted by Betty Reid Soskin at 1:55 PM No comments: