There are magical days ... more of them of late -- and Saturday came at the end of building toward a string of translucent pearls of days not to be believed ... .

It began as an ordinary Saturday's duty at the Visitors Center -- but something about it was different.  Colors more vibrant, intense, penetrating.   Sounds of children playing along the shoreline and soaring gulls overhead blended melodically.    I felt more alive than should have been expected at the end of a busy work week.

My schedule was busier than usual with two groups scheduled for my presentation of the orientation film, "Home Front Heroes," plus commentary.  The two groups would be in the little theater -- back-to-back-- at one and two o'clock sessions.  One would be 16 African American members of Easter Hill United Methodist Church for whom I'd given a black history talk in February.  To that group would be added other visitors who were in the building at the time. The other would be a local bicycle club that has become engaged and excited about Richmond's history, and were of varied ages and races, plus those visitors who remained for a second viewing.  Our little theater holds only 45 seated, so it is an intimate setting -- a plus for me.

I was aware -- as my talk began to unfold -- that I was feeling hyper-sensitive and keenly perceptive.  It was as if someone had hit the "high intensity" button, and everything was "turned up" and magnified.  There was a deep undeniable connection between me and both audiences in that space which allowed me to see that my words were not only being heard, but felt, in ways that was unusually powerful for me.  From the expressions I could read in those faces and eyes I could feel myself being strangely energized.


having arrived at my desk some days ago to find a padded manila envelope containing a CD of an original song, "Rosies," created and recorded by an artist in Massachusetts -- with a handwritten single page neatly folded and tucked inside saying that the writer had been in the audience for one of my commentaries earlier in the year when he visited the Bay Area, and been inspired by my words.  He'd incorporated my thoughts into his lyrics.  The song is so lovely!  The heart of a young stranger has become a part of my story -- and life-of-the-moment.  His spirit was clearly in the theater over those magical two hours.

When his permission has been received, I will post it here.  Until then I will continue to be strengthened by having become a part of the art of another.  This has happened before, but I'd  almost forgotten what a powerful life force this can be.   Chris Nauman's lovely gift generated my magical afternoon -- one that I'll not soon forget.

Posted by Betty Reid Soskin at 9:15 PM No comments: 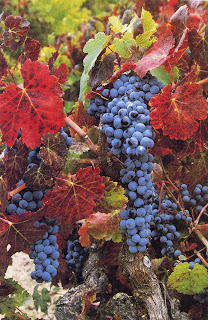 It has now been long enough since mother's death in 1995 -- that the mixed feelings of love and guilt and envy and resentment have found their way into a kind of cosmic blur -- and I've finally allowed her to be completely at rest, or so it seems, except ... .

There have been major losses of family and friends, including my eldest son, since that time -- and there is a kind of comfort with the feelings of incompleteness that comes eventually.

This morning, for the first time, I fingered my way through the file folder tabbed "obituaries," and dared to read the poem that I wrote for her funeral:

You will be remembered as a single bright feather on a pink silk hat aimed heavenward; 3-inch heels on moire sandals with small red rose on toes

As a single fragile butterfly in a windswept world of those too caught up to notice your needs for touching and loving and caring and -- most of all -- for seeing your beauty.

Bereft of world views, books unread, causes unserved, your time on earth was spent in simple ways -- ways suited to a temperament shaped by your motherless beginnings that provided no models for your own mothering but instilled a deep appreciation for family in its broader sense; the legacy of that love-filled cabin in St. James and your dear Mamma´who nurtured her brood with such warmth.

It is that larger family that will most miss your presence on this earth -- family of all ages -- many of whom stayed with you through a long, long life as a replacement parent for those lost -- until the end came.

I will miss you deeply as we came full circle during your long lifetime -- reversing roles until -- near the end -- you quite seriously introduced me to others as "my mother".  Perhaps I became "Minette" returned, at some point.  You invariably made the correction, but I knew that no error had been made.

We honor you in death as we loved you in life.

Why is almost my last memory of her  the morning that I brought her bedside coffee for our daily ritual of greeting the day?  As she drained the last drop, and as I removed the tray to set it down on the floor beside the bed -- she reached up from her pillows to draw me to her for a kiss.  As she did so her words were, "please don't die, Betty.  Who would take care of me?"  We'd by that time celebrated her 100th birthday.  I can recall walking out of the room resolute in my intention to not live into the years where self-preservation would become my total reason for being.  Over the course of the ensuing years nothing has dissuaded me of that notion.  I suspect that I will know when the time comes to leave and will act upon that knowledge if dementia has not claimed my senses.

... except that there are more and more reasons to go on living... and perhaps that's what keeps us here long after our purpose has been outlived.

Can it be that I've never forgiven myself for not preventing her death?  I know.  That's illogical. Insane.  But it continues to haunt me in the silences ... .

Why is it that I still can't own Mother's Day?  Despite being of advanced age and the parent of 4 of my own, I've never really grown into a role that still seems to belong to you.  Is this true for all daughters; a part of the never-ending incompleteness of Life?

Posted by Betty Reid Soskin at 6:20 PM No comments: