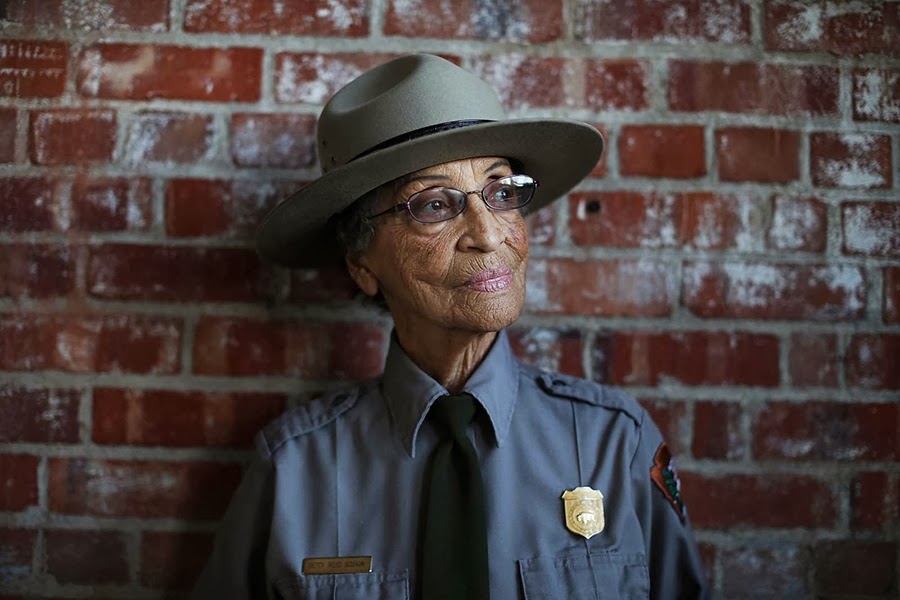 Found myself the keynoter for Daly City's celebration -- and what an honor it was!  This was their 22nd annual Black History Month celebration, and included on the platform city officials and an introduction by Mayor David Canepa.  What an honor, one that I've never managed to feel worthy of, but  that I've learned to accept in the name of the ancestors who preceded me on the planet well before the nation was ready to acknowledge their gifts.

On the drive across the Bay from Richmond I'd learned that Condoleeza Rice had been considered for the invitation, "but she was too young; you bring more history."  How's that for encountering the unexpected?  Who knew that one day being old would give one an advantage?

Arrived just before noon to the gymnasium nestled in redwoods -- where the vendors were setting up, and the drummers were tuning up, and was told that I wasn't the only "veteran" in the room, but that there was a Tuskegee Airman here as well.  I felt excited at the news since it was someone from my youth; someone I'd dated in my teens -- someone colorful and larger than life from a summer of joy when I was about 17, and that I remembered fondly. 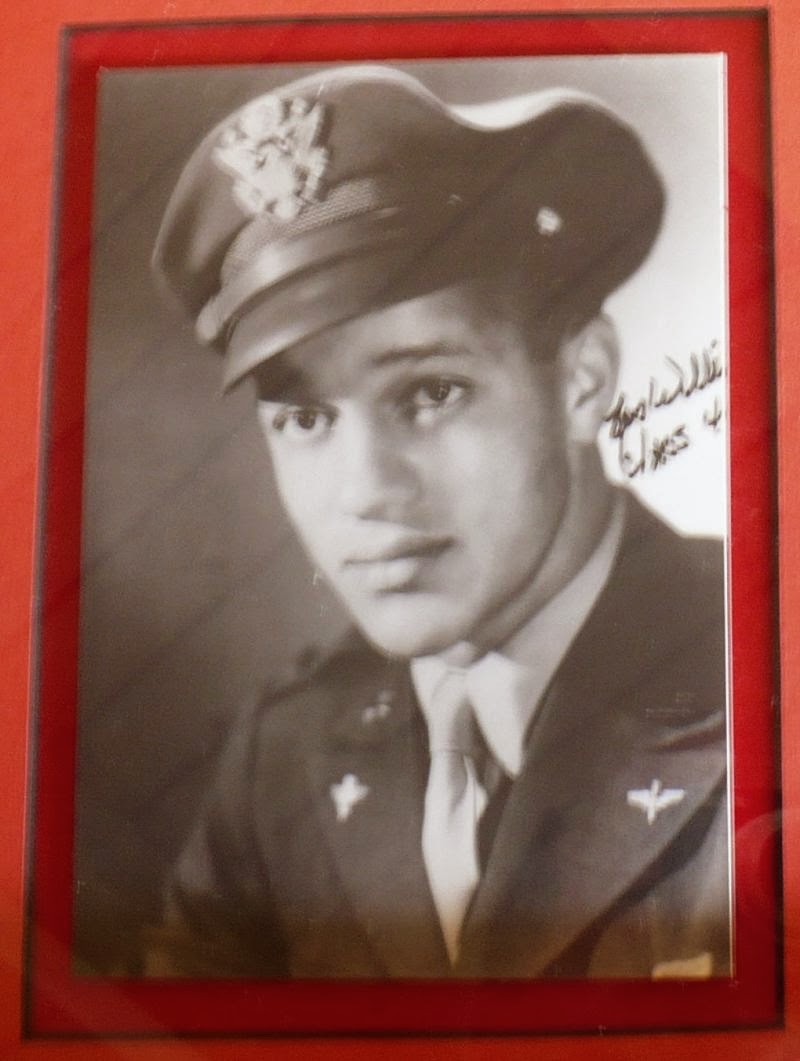 On hearing his name, I eagerly followed my self-appointed guide to a table on the edge of the waiting rows of empty seats -- and there he was; but there was no sign of recognition in his eyes as I rushed to embrace him in a warm welcome.  How could this be?

He'd been a dancer, one who operated a dance studio in San Mateo for many years, along with his brother with whom he appeared on stage professionally at the time.  We'd dated over one summer, and I'd enjoyed his company and remember him as handsome, personable, fun to be with, and with enough smarts for any 3 boys of that time.  We'd last met only a few years ago at a memorial service for a mutual friend where I'd learned that -- after WWII, as Captain Les Williams -- he'd returned to the area and studied for the bar, becoming an attorney in mid-life.  It was jarring to see him now, and I was immediately reminded just how far out of context my own life has taken me.  Would this be my fate a few years from now?

I guessed that he is about  2 years older than I am now.  I inched about the huge room absently browsing the vendor tables and trying to ignore the rising panic that caused my breathing to become shallow and irregular.  It gradually began to seize my entire being.  I'd left him abruptly -- looking confused and being reminded gently by one of his companions (when I'd asked about his wife) and his answer had been -- "she's over there."  "No, Elsie's not here, Les, she's at home."  It was then that I knew and felt the chill of a creeping reality of what may lie ahead ... and it was no longer about Les.  It was suddenly about me...  .

I must not look too far into the unknown lest I find myself entering into a similar dimension prematurely.  I don't suppose it will matter, or that I will be aware that I've transitioned, but from this plane of relative sanity it is frightening to anticipate ... .

... and not even applause can drown out the fears when one's present combines with one's past to strip bare one's future in these poignant late-in-life brief encounters.