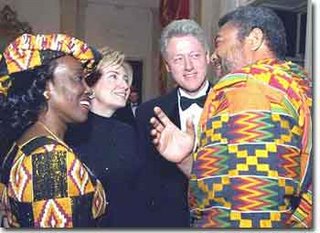 "There is nothing that's wrong with America that cannot be cured by what's right with America." William Jefferson Clinton, inaugural 1993.

No truer words were ever spoken. These mid-term elections of November 7th proved the strengths of this country beyond all else.

A week ago I shared the cynicism and fears of my countrymen and women everywhere between our oceans. Those fears were eating into the fabric of my being and were so all-pervasive that they dimmed the fears of global-warming (I'll not live long enough now to be effected, anyway) and added to feelings of impotence against the forces of change that were destroying our Constitution and eating away at all of our institutions.

Before I climbed into bed at around midnight (with local races still undecided), I knew that once again the Union had been saved from itself, and that (as in the Civil War) the nation had risen to its full potential in a radically changing world -- and this time -- without bloodshed or anarchy.

If anything tells the story of "Democracy," surely the way we conducted the recapturing of governance from those who would have trashed all that is "holy" and "inviolable" proved that the system works beyond a shadow of a doubt. They were vanquished resoundingly! They've been de-fanged; de-toxified. The mockery they attempted to make of our institutions has been turned against them in a demonstration that defies the cynics -- even the one that lies within me.

There was nothing more satisfying nor more ironic than to see the Republican candidate in a razor-thin race with the Democrat in Virginia -- where there were electronic voting machines -- and no way to recount the votes! No paper trail. The devices set in place (quite possibly) to capture yet another national election turned on itself and destroyed the destroyers!

We've come out of these last seven dark years even stronger as a nation-- with a better Congress that has wrested the gavel from those who have defiled our image before the world.

Best of all, we've proven that the American Dream continues to live to be emulated justifiably, and may yet regain the respect of the family of nations.

I will never live long enough to fully understand just how close to the edge we had gotten ... and maybe that's just as well.

Besides, those now in power in Washington are many super-ordinary Americans whom I've met over time; first time woman Speaker of the House Nancy Pelosi (from San Francisco), Rep. George Miller (whose office is less than a mile away from my apartment and with whom I've had occasion to interact over the years and who will now be House Chair of the powerful Education Committee; Rep. Pete Stark, a former member of my Unitarian-Universalist church and now head of the Committee on Health and Human Services; Sen. Barbara Boxer, from just right across the Bay in Marin County and slated to become Head of the Environmental Committee, etc. The "Government" now seems really quite human and "real" and accessible in ways that state government became to me while serving as a field rep to two members of the California State Assembly. That's a great feeling. Wish everybody could have it for just a little while. For now you'll just have to take my word for it; we've (all of us) won.

Has there ever been a stronger argument for our form of governance than the way we rose in great numbers to challenge that which was destroying us? The fact that each generation must reaffirm our principles and rededicate itself to the fulfillment of the promise of our founding documents makes for an inconsistency that at times is threatened by ambition and lust for power among a few. Turning the "Ship of State" around is cumbersome and time-consuming when we run aground from time to time, but we've shown that the corrections are built into the system and that -- with enough faith and patience and the unwillingness to be dissuaded from principle -- we can continue to thrive and to hold out the torch of freedom to those who would willingly follow.

I fully subscribe to the argument that Democracy is an evolutionary process that cannot be imposed at gunpoint. I believe those now in power fully understand that, and that we will begin to see the re-emergence of an honest respect for other forms of governance while we set an example for what might be by our living model of what is possible among the peoples of the planet.

And ... thanks to our new institutions (MoveOn.org, People for the American Way, the ACLU, Progressive Democrats, etc.) we've rarely seen a time when our roots were grassier!