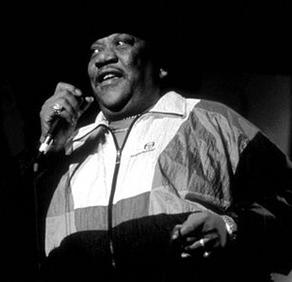 On Saturday our Legacy Series featured the first of 4 presentations depicting life as it was during WWII ... .

They will occur -- one each month until completed. Each will contribute vitally to a growing understanding of the era, and to our ability to interpret for ourselves and the public the Home Front stories as they were lived.


For me, at my present age, it's often merely "connecting the dots", making the linkages that earlier in life were simply not possible.   Maturity has brought with it an ability to stand apart from the mere facts; the ability to see the full spectrum of past experience; and to adjust my sights to better focus and isolate events and issues in new ways.  Having outlived my rage without losing my passion enables me to re-examine and analyze without feeling the need to correct -- and how freeing is that?  In the not too distant future life will go on without me to be assumed by those who come after.  And, in what on the surface appears to be a contradiction, I get to do all that while feeling fully engaged and still productive.

During the really wonderful talk on Saturday featuring the noted columnist and music critic, Lee Hildebrand, I got in touch with things that have been clouded for years:

We sat listening to Lee's really informative talk in which he interwove brief snatches of recorded blues -- before a hushed and rapt audience of mostly white folks.   I found myself increasingly uncomfortable and didn't understand why, except that my toes were keeping time within the confines of my neatly shined regulation brown oxfords, and my fingers were busy "not" clapping in syncopation with the raspy voices of Jimmy McCracklin and Jesse James et al.

What was wrong?  There was something strangely familiar about those feelings -- and before the hour was up the clouds parted and I knew.  It was the imposition of white culture upon black that formed the disconnect.  It felt familiar because I've become accustom to chamber music audiences where I'd learned this kind of audience discipline over time.  (One does not applaud after a movement, but only at the conclusion of a piece.)  There is never a spontaneous outburst of appreciation or emotion during a composition -- but silent attention to the intent of the composer's work.  If you could nail the year and age of the composer as well; that would surely add to your value as a patron of this form of the classical arts.  There is an intellectual prerequisite in order to be fully appreciative of the genre.  Though my enjoyment of classical music has grown over time, I've never completely gotten over the feeling of being one of the unwashed among those who "know."

I'm almost convinced that while white culture rewards what has gone before, black culture rewards creativity and innovation so we're ever-evolving and cutting new edges -- ever dependent upon what rises from within.  We've been changing and growing American dance, music, as well as language ever since arriving on these shores. 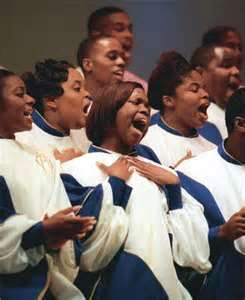 I once wrote copy for an ad for our store that stated that:

... and I do believe that jazz and blues have never gone away.  They're still alive and well in the choir loft.  Though appearing about as tough as nails, there is a fragility to the art form that may have been lost through being separated from their roots.  When taken out of the natural environment  the music undergoes irreparable change and becomes as different from the original experience as life in the wild compares to fossils displayed under glass in our natural history museums.


A couple of weeks ago I attended a black gospel concert at our convention center.  The audience was nearly 100% African Americans who came ready to "have Church!"  They were spirited and expectant; dressed in proper  Sunday morning regalia and eager to raise the roof in reverence for "His holy name."  There were testimonies from the stage; proof of God's benevolent caring and personal guidance.   Here was Call and Response; witnessing, spontaneous dancing in the aisles and down front before the stage.   Predictably, the artist would come down from the stage and join in the demonstration at some point of irrepressible fervor! Even those seated respond to the artists individually as well as collectively -- standing in place rocking and clapping to the music as if all by themselves; shouting appreciation, and/or joining in the singing as the spirit moves them.  The artist rides on this wave of exuberance and pure ecstasy. It is absolutely wondrous and infectious, and almost impossible to resist!


I'm convinced that the racial make-up of the audience determines the nature of the cultural experience.   And though few take advantage of the open door to such concerts, anyone is welcome to attend.  Black folks are by nature a warmly welcoming society, and your presence will be most appreciated.  Y'all come, y' heah?

I cannot imagine black audiences sitting on their hands or waiting for agreed-upon signals to dictate  behavior.  Black music is a totally emotional and visceral experience.   If you can't leave your intellect at the door, then you'll just have to settle for something far less than this.

And so it is with the Blues.

On Saturday I noticed that the vast majority of those in the room were white blues lovers sitting in silent appreciation for Lee's talk and the snippets played to illustrate his stories.  It occurred to me that it was small wonder that the blues no longer attracts black audiences; the blues has been fossilized; ashes as opposed to embers.  Black music -- whether blues, soul, or gospel, loses its essence when taken out of context.  Such music was never meant to be performed in concert halls but in fields, on front porches, in gut-bucket night spots and darkened corners of living rooms and around kitchen tables.  This was not blues per se, but about blues; a very different experience.  It suddenly was clear that the only way to have a blues experience would be to arrange to have an "affirmative action" audience.  Audiences seeking to reproduce black cultural arts -- especially music -- need to be made up of at least 51 percent black people.  Anything less presents a restricted and distorted experience that merely resembles the original.

You haven't really heard the blues until you've heard them sitting among black folks who've lived them, and don't let Eric Clapton, Bonnie Raitt, or Mick Jagger tell you differently
.

Note:  For earlier posts on black music enter "blues and jazz and/or "black gospel" in the little white search bar at the top left side of the screen above my photo and the banner.

Posted by Betty Reid Soskin at 2:58 PM No comments: 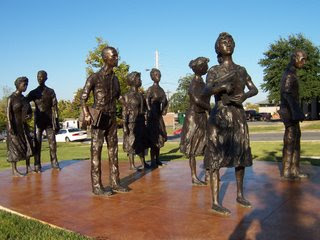 Posted by Betty Reid Soskin at 11:02 AM No comments: