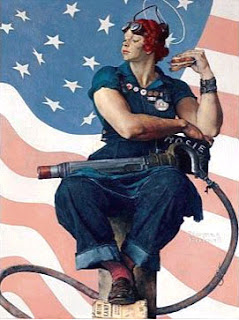 Worked in all-day sessions with a team of historians, filmmakers, rangers,  exhibit designers, and others for 3 days of advanced planning last week ... .

The filmmakers were here from the East Coast, and were with us for 3 days working on the third draft of one of the films that will become the 30 minute movie that explains the park to the public in the new Visitor's Center (opening early next spring) in the Oil House of the Ford Assembly Plant on the scenic Richmond shoreline.

On Wednesday, the designer's of the Visitor's Center exhibits met with us in long and intensive sessions going over the printouts and making the inevitable changes; sharpening the details; and bringing it into being after months of dreaming of the day ... it's all becoming real now, and is exciting!

It was during the session with the team creating the exhibits that an important insight pushed itself into consciousness --  but I didn't fully see it until long after we'd ended the discussion.  Isn't that always the way?

We were considering the various sections of the Visitor's Center and the exhibits being designed.  It was in the "Rosie the Riveter" section.   (There is a Home Front section, and a City of Richmond section, plus a theater below.) I'd envisioned somewhere among the displays a screen upon which (like a screen-saver) there would be multiple head shots of those women who were the inheritors of the legacy of "Rosie."  You've all seen her, "We can do it!," in a polka dot bandanna with arm bent showing her strength and determination.  (I personally prefer the Norman Rockwell image of the beefy sassy Rosie with her foot resting on a copy of Mien Kampf.) 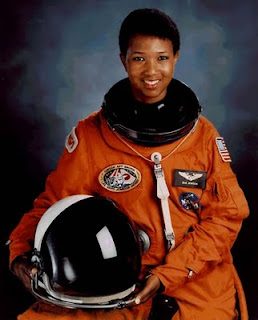 In my imagined exhibit there would be a mosaic made up of tiny images of many women who -- in the decades since WWII have made their way into careers and made major accomplishments in every discipline:  Sally Ride and Mae Jemison, astronauts; Christiane Amanpour and Rachel Maddow; Bella Abzug and Jessica Mitford; Oprah Winfrey and Julie Taymor and Toni Morrison; Barbara Jordan, Shirley Chisholm, Nancy Pelosi, Carly Fiorino, Dolores Huerta, Barbara Boxer and Diane Feinstein, Mayors Jean Quan and Gayle McLaughlin; Gloria Steinem and Annie Liebowitz; Mia Hamm, the Stanford women's basketball team; Supreme Court Justices O'Conner, Ginsburg, and Sotomayor; a helicopter pilot flying over Iraq or Afghanistan; that race car driver at Nascar; firefighters, policewomen, park rangers; Betty Friedan and Katherine Graham and Adriana Huffington; and yes, some bus drivers, some girl scouts and Rosie's Girls, Spelling Bee winners, ferry boat captains, West Point cadets, army admirals and generals, that Episcopal Bishop,  and (yes) Sarah Palin, and Michelle Bachmann  (I'm an equal opportunity dreamer); and as many as we can crowd into a background with tiny images that would zoom into the forefront in one fleeting moment to fill the screen and invite murmurs of recognition from viewers.  You get the idea.

I want to bring Rosie out of the past and into the present and the future.  And I want to write her into history as this history is being created!  Over the succeeding decades since she emerged as a powerful public relations symbol to bring women into the workforce, Rosie has evolved as has the nation and its attitudes, and has become more inclusive, many-hued, and in some cases a space helmet, hard hat, or hijab may have replaced that red polka-dot bandanna, but she still represents woman on the rise toward full equality.  In the immortal words of poet Maya Angelou, " ... and still I rise!"

This is the trajectory I'd love to project on a screen.  I'm more concerned with this more dynamic image of Rosie than of erecting a mausoleum to the now white-haired Rosies who answered the country's call in WWII; we who've served as role models for her continuing march toward autonomy and independence; and who should now find immortality in the inspiration that we provided for those who climbed onto our slim shoulders for the continuing ascension in the decades that followed.  Maybe it's honor enough to see ourselves reflected in them and in their achievements.  I certainly do.

I heard another ranger's voice caution from across the conference table, "... but Betty, we don't want to use iconic women.  After all Rosie was an ordinary worker."  And, of course, I would agree -- and Elizabeth's words stifled the imagery and I gave it up for the moment; as deflated as a long-after-the-party-ended red balloon.

When I fell into that quiet moment just before sleep that evening, I realized that it was at just this place in the process that women get dropped out of history.  We complain and decry the omission, and don't seem to remember that men celebrate their icons, build institutions to them, name buildings after them, do "Halls of Fame" to honor them, but rarely do we women do so, and there's something fine about that.  It speaks to our inclination to want to be perceived in the aggregate as modest -- self-effacing -- but that doesn't make history, friends.  It is in just this kind of situation that the deed is done, and we women fail to promote ourselves at the cost of being erased from the history books as we've been over the centuries.  And maybe, just maybe, it's not a conspiracy to be dismissive of women at all, but women's natural reluctance to self-promote.

The team has returned to the East Coast, and the planning sessions have ended for now.  Isn't that always the way?  But maybe there's still time to make the point.  I'll just bet Molly MacGregor of the National Women's History Project would understand and applaud -- but then maybe I'm just making too much of it.

We'll see.  If it still seems important next week when our suggestions for revisions need to be submitted to be forwarded to the designers -- I'll act on it.  If not ... .

(I'd love to get some feedback in this instance, if you'll look just under my picture on the left side of the screen -- top of the list of links to send me an email.  You, too, can help to build a new urban national park, if you'd like.)

Posted by Betty Reid Soskin at 9:35 PM No comments: