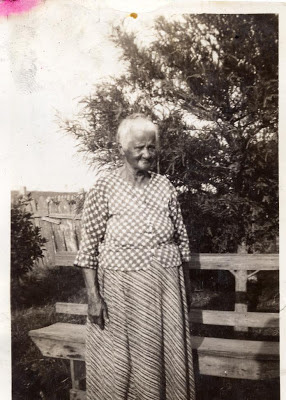 A few weeks ago an email notice from our Chief of Interpretation arrived in my mailbox announcing that all of the Interpretive staff were enrolled in a workshop on leadership -- "for personal growth."  Felt the rise of resistance as I read it, and without hesitancy wrote back to say that -- at my age and status in life, it seemed a waste of training resources for me to be included.  Offered to be on duty in the Visitors Center in order to enable other members of staff who would surely benefit more than I.

I wasn't really certain where the resistance was coming from, but it was clear that at some subliminal level I knew that -- for me -- this would be a repeat of past times during my marriage to psychologist, Bill Soskin, when self examination was practiced almost as a religion.  It harkened back to the "Me!" era of EST and Esalan, weekends gazing at our navels -- and sitting on zafus while chanting "Ohm."  Surely there was little here that could possibly benefit either me or the NPS, so I would resist.

Sent in to the workshop leader (and to my supervisor) a note expressing (in good humor) my reasons for opting out, and found them accepting, but gently suggesting that I reconsider.  I did not.

This local election this year with its often raucus and defaming campaigning has brought into focus the question of leadership in some new ways:

The most obvious would be that there are at least two kinds; those who grab their baton and megaphone and head for the head of the parade as a matter of entitlement, and those who become leaders simply by being followed.  And may I hasten to add that I've seen the first evolve into the second on more than one occasion.  I believe that I fall into the second category. 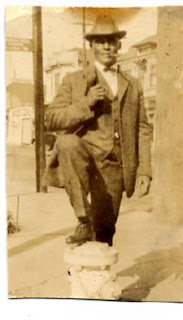 I've never sought or aspired to public office, and it is quite clear that I've been seen as a leader over the past few decades, at least.  I'm not certain of the reason, but I've come to believe that it has to do with those stories told in the kitchen garden of my grandparent's home when I was a child -- and my best friend was Papa George, chief gardener and family raconteur.  Stories about his mother, Leontine Breaux Allen (as we tied the tendrils of the beans to those little poles) serving her village as the midwife and intern for the circuit-rider physician who rode his horse through their little community every 3 months -- have always intrigued me.  Not sure I've ever put it into words in this journal, but I've told the story publicly on at least two occasions as justification for awards I've been honored to receive (in her name).  "Children will listen" comes to mind as I remember ... .

I really must do that since my great-grandmother has become an important element in my commentaries in the Visitors Center theater.  There's no time for going into enough detail at such times, but -- at some point, I'm feeling the need to flesh that story out.

I don't believe the connections are at all hard to understand since these later years have become the time to connect the dots -- make the summations for the younger family members who may be looking for themselves in my story as I do with those who preceded me in the family hierarchy.

She is so present in my life ... in my current work ... and as I interpret leadership, I believe.

Look for that story, and soon, it feels increasingly important.


Posted by Betty Reid Soskin at 2:40 PM No comments: