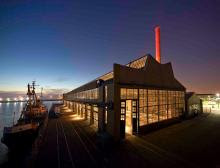 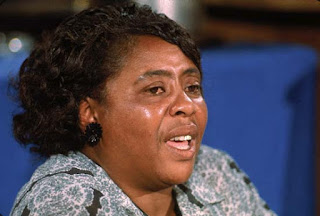 Posted by Betty Reid Soskin at 2:23 PM No comments:

I know that I've been among the missing since late in March ...

... and I don't think that I was fully appreciating how traumatic the separation from Dorian might be.  Not that she's gone out of my life, but our relationship has (necessarily) changed since I've turned her life over to a Trust, a legal/social services/team that will provide future guidance as I prepare for what should surely be my final decade.

I'd convinced myself that doing so would give me back my life (meaningless concept, that), and would provide the opportunity for me to watch (while I'm still living) just how she will fare after my death.  Sounds neatly managed, doesn't it?  Don't be fooled, guys.  At 90, it's hell to be staring into the Abyss of Non-existence when, ironically, my personal life's trajectory has caught a wild and turbulent updraft that is dizzying!  The contrasts of highs and lows have never been more stark. I'm feeling off-balance, and often on the verge of tears.  An appropriate response to the situation?  I think so ... .

I'm pleased with the decision; am assured that she is in good hands; that we've gotten most things right over the years.  I'd filled the balance of my life with meaningful work that has brought public acclaim and deep satisfaction, so what's wrong?  My work with the National Park Service has brought adventure, challenges, and a family of young friends who have enriched my life and brought great pleasure through days filled with newness undreamed of.

That all happened over the past months, and went smoothly as planned.  Dorrie talks very factually about "when you're gone," which stings a bit -- though is softened by her obvious innocence.  Haven't I worked toward this for all of our lives?

I discovered while searching for her permanent living space that, ironically, many of those security measures that used to exist for the mentally-disabled over years of state and federal cutbacks -- are now available to her in senior housing complexes.   She'd aged into eligibility (now 55), and the benefits that come with that are considerable.  How ironic!  We are truly investing our resources in the wrong end of the  life-line!  Therein lies madness.

Nonetheless she has just been confirmed for a 2-bedroom apartment within walking distance to the Mall, to her mother's condo, and across the road from "Cat City," the home of a community of feral cats that she's shared the responsibility for with other women in the neighborhood.  The care and feeding is a labor of love, and provides her with women who share her passion for felines.

So -- she and her two domestic cats will be moving within the next couple of weeks, and her mother will probably figure out just what is different about this move, and why it feels so final?  She's been living semi-independently for some time now, after spending many months hospitalized from injuries suffered in her 2009 accident.  Maybe it means that I'm trusting the world just a little less with my daughter since that time; maybe ... .


Posted by Betty Reid Soskin at 1:34 PM No comments: