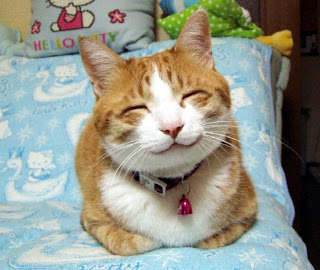 When a person wakes up in the morning to discover she's been named "The most awe-inspiring park ranger" by the East Bay Express ...

(in their annual "Best of" issue)

... and when there is every indication that the honors (deserved or otherwise) will be refreshed and proliferate throughout the day by friends and family -- and maybe even a few strangers -- and maybe even into tomorrow ...

In a fair and just world that person should never -- under any circumstances whatsoever --  be expected to change the cat box! 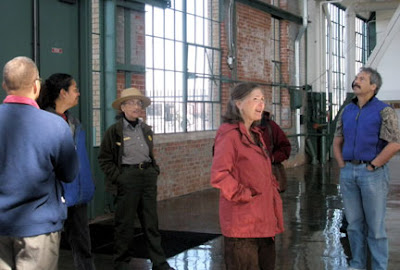 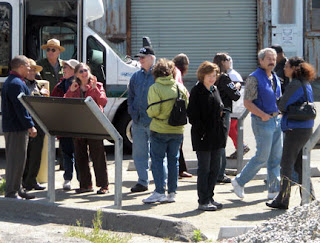 Posted by Betty Reid Soskin at 4:57 PM No comments:

Suffering a bout of depression, I think ... 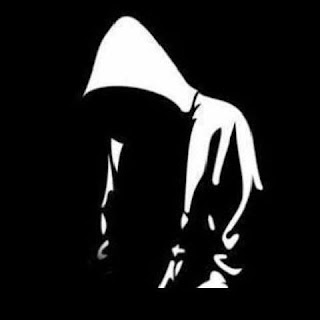 To say the George Zimmerman trial for the murder of young Martin is alone causing my world to suddenly cave in on itself might be an exaggeration, though there is surely a connection.  May have begun with the Supreme Court's gutting of the Voters Rights Act -- but it's far more than that.  Those are just the most obvious signs to point to.

Combined with my twice-weekly commentaries in the theater where the only material I have to draw upon is my own personal history -- and the steady decline of the whole social system of my country, it's becoming so clear that I cannot push it back from the forefront of my mind much longer and retain my sanity.

About two weeks ago -- the day I participated in the Juneteenth parade followed by my usual two o'clock screening of "Home Front Heroes" with commentary in the theater is when I began to feel out of balance; off-center.

As usual, as my presentation ended, with head down I went to the lobby and retrieved my purse and hat from behind the front desk and headed out the door for the parking lot.

Within a few miles I was already in some other mind-space and ready to begin my 2-days of "offness" before beginning another week.  It doesn't take more than driving a few blocks before I'm on to the next thing on my list and in this case I can distinctly recall going over possible eating places to take Dorian for an evening out.  This was surely not a state of anxiety. It's been quite a while since we've done that, and I knew that the little amber light on my cell phone was blinking her voice mail message into my subconscious for a call back as soon as I arrived home.

I was about a mile short of the end of the 5 mile drive to my home.  The traffic was fortunately light or the next few moments might have been tragic, indeed.

Suddenly -- out of nowhere -- I became disoriented.  The world looked vastly different somehow.  The sunlight had changed character -- by several shades.  There was no pain, and I never lost consciousness, but pulled into the next intersection and waited for the world to get back into focus.  There was no panic.  Could this be a warning for the onset of a stroke?  I was acutely aware of the need to act quickly so that effects had a chance of reversal.  These signs were not familiar, and it all seemed to be at brain-level.  A truck drew up behind me and I heard the driver press his horn, only once, -- it appeared that I was blocking his way into that intersection so I needed to make a quick decision.


The incident lasted no more than a few minutes -- maybe no more than seconds -- and left me shaken, but completely coherent.  I'm perhaps a mile from my apartment, but between here and there was a fire house.  It would not be wise to drive home where I would be alone when it might be possible to stop in at the fire station for help.

Knocked on the door and was greeted warmly by a uniformed fireman.  I explained what had happened and when a second man popped in from the next room, they quickly got out equipment and began to take my blood pressure which was (apparently) alarmingly high.  (I'm sure by that time panic had set in because in my mind this was a beginnings of a stroke.)

By now I'm feeling humiliated as if I'd somehow done something horribly wrong, but at their insistence found myself being tucked onto a gurney, loaded onto an ambulance that had magically pulled up, and we're off to Emergency!

It was only then that I realized that I'd not eaten all day, nor could I recall having taken any liquid so was probably suffering from dehydration.  I remember having difficulty remembering my social security number when asked -- but the lapse lasted only a few seconds and my still alert mind made note of it at the time.

The next 5 hours were spent attached to the "drip" thing and a puzzled young doctor who couldn't figure out what on earth ... because of my excellent medical record and the fact that -- despite my age -- I'm not on any meds nor have I ever in life been hospitalized for anything beyond those associated with having given birth 3 times without incident.

Five hours later, red-faced,  (and my car parked wildly at the fire station 5 miles away) I called my niece to pick me up for the drive home.  I felt so ashamed for having cost my medical plan for that 4-mile ambulance ride ($1995 was the bill -- even without the siren -- but it was not charged to me).  Small wonder that medical costs are so outrageous!

I'm just fine, but in the search for what built up to the incident I've become more sensitive to how much I'm re-living the trauma of the civil rights revolution, and of the need to stay engaged with that dark past enough to extract the lessons as I continue to incorporate them into my commentaries.  And as I re-visit that pain -- it carries an emotional cost that must be paid.

That leaves me with an anomaly.  We may never know what happened (dehydration?), but it's left me with only the emotional component -- "The Blues", and a lingering feeling of hopelessness ... .

Received a follow-up call at work from the ER doctor last week to check on my state of being.  He suggested that I visit the blood pressure clinic at the very next chance I have to do so.  Did that a few days ago and checked out 134 over 63 -- well within the range of normal.

Maybe, if I allow the tears to flow freely for Trayvon and his parents; and for my sons, Rick, Bob, and David who learned early the lessons of racial profiling as one of the high costs of living in the suburbs of culturally-deprived and white-privileged America.

Maybe the pain is guilt that I put them through that in the belief that I was justifiably exercising our rights of citizenship in the country of our birth, and 13 generations of residency.