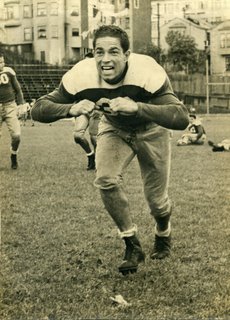 I'm noticing signs of an old pattern of behavior ...

In 1978 when I received that alarming phone call from Rick -- pleading for help. He'd arrived at work at our store that morning to find his dad lying on the floor in a coma in the back office where he had been living for months. Rick was terrified! No one knew that Mel had been diagnosed as diabetic. He was a former athlete who'd taken particularly good care of his health for all the years that I'd known him. I hardly recognized this helpless disheveled bearded man who lay so still and helpless -- body so awkwardly twisted that morning. None of us knew how long he'd been in that state.

We'd been divorced for some years and I was now remarried and working at Project Community, a research project at the university and somewhat out of touch with Mel and our now young adult sons, except in the way that once-married parents touch lives in peripheral ways around birthdays and holidays. During those years Dorian was away at St. Vincents boarding school in Santa Barbara. But extreme emergencies leap across time and barriers of separation and the still-existing threads of familial love return unexpectedly in a rush in times of stress and -- at the sound of panic in Rick's voice on the phone -- I 'd immediately dropped everything to rush to the side of my former husband and our eldest son.

It was then that I first learned of just how much Mel's life had deteriorated; how awful was the state of business; and of just how totally the store had descended to street level. The street had made its way into the store

and changed everything. Drug dealers lined the sidewalks against the display windows and conducted their deals within a few feet of the entry. But all of that was diffused by the awfulness of the situation at hand -- the fears were swept away in those moments as I rushed past our terrified son to try to revive Mel and then to call an ambulance that would carry him off to the nearest emergency room. Within hours Mel's right leg would be amputated at the knee and Bill (my new husband) and I would be standing over his bed in ICU waiting for him to wake from the anesthesia to discover this tragic truth. Mel and Bill had never met. Fortunately for us, the psychologist Bill was standing beside me in all of his professionalism -- and was able to deftly guide the three of us through those critical first hours of this family tragedy. Dr. William F. Soskin could not have been more loving or helpful. His generosity with his expertise, his compassion, and his ability and willingness to support us in all ways was beyond expectations. I could not have felt more loved, or less ready to incorporate the demands of caretaking of a former husband into my new life with Bill. But fortunately, the old friendship Mel and I had shared as youngsters returned to see us through and a new relationship formed in place of the old marriage.

Over the next several weeks we found ourselves in a new and quite different relationship -- one that I'd not been prepared for. One that required that I give up my position at the university and become more active again in a life I'd abandoned years before. It meant taking on a failed business in the attempt to save the last vestiges of our children's legacy. It meant adding the physical care of my former husband and blending it with the demands of the man with whom I now shared my life. I became the inheritor of a commercial building that was in foreclosure -- a building that was the only remaining asset that was meant to be the legacy for our kids. It was during those days that I first felt myself developing the defensive strategy that I'm now beginning to witness returning. And all this had been added almost overnight to a list of obligations that included the care and management of my aging parents -- now both over ninety and needful.

I remember standing in that store -- knowing little about how to save the business -- and saying to myself, "...okay, Betty. You can only manage about 500 feet at this point. You've got to compress the world into that space, and everything within it has to shape up!" I decided to let others take care of everything beyond that range. I'd mentally dropped a string around this limited space -- and with the gift of enough money from Bill with which to reinstate the mortgage and try to restore the business -- I left my university position to begin the work on reclaiming my "500 feet." Meanwhile, I'd work hard to gain some control over only what I could comfortably reach.

I've begun to notice over the past days and weeks that I no longer watch much television, except for CSPAN and the Daily Show. I read a few columns (Frank Rich and Paul Krugman and Maureen Dowd and -- always -- the columns of J. Douglas Allen-Taylor of the Berkeley Daily Planet) and listen to Democracy Now at times. But for the most part my world is again compressing and I'm tending to allow not much more than those 500 feet into my awareness.

The world is so frightening and my sense of being able to control any of it is diminishing to a greater and greater degree. I'm quietly terrified so much of the time -- and it's not from the gunshots I sometimes hear in the night. The crime stats pale against the images on the small screen of the slaughter of innocent people overseas -- people who are considered "collateral damage" and little more.

I'm increasingly afraid that something will happen that is far beyond my control and that I'll be separated from Dorian who lives across town in her own apartment (will there be cell phone service when it happens?). She's so proud to be on her own, and so unaware of anything beyond her brain-limited "500 feet." And what about the Dorries in Gaza or Lebanon or Afghanistan? Who is caring for them in a world gone mad?

The sense of being out of total control of events is causing me to contract, draw in, walk past my television set sitting silently against the wall -- beside that beautiful tall African woodcarving Bill bought for me the year before he died ... .

Tonight I'm so afraid. I'm grateful, I suppose, that mentally-retarded Dorian lacks the ability to understand the peril of the world we're living in. Maybe that's a blessing, maybe.

If everyone isn't paralyzed by fear at this point then maybe they're not paying attention. Our world has careened out of control -- just as it felt that awful day when the two of us stood together holding hands beside Mel's unconscious body -- waiting for him to wake into consciousness and the pain -- and wondering how it would be ...

One of the most awful days of my life -- but it all pales in comparison to the days in the lives of those living in the Mideast now. On a newcast tonight I caught a fleeting glance of an obviously mentally retarded teenage boy being pushed along the streets in a crowd of refugees from the bombings. His look of utter bewilderment haunts me still ...

But why am I not in the streets demanding an end to the killing? And where are all the others?

Is this, then, what it felt like to be a good German?

Photo: Left - Mel Reid, playing left halfback for the University of San Francisco Dons -- early in our marriage. Right - Bill Soskin, the man I married for the second half, after my children were grown up and my first marriage had ended in divorce.

Posted by Betty Reid Soskin at 9:31 PM No comments: