My darkest fears have been realized ... .

A few moments ago the "every first Wednesday at eleven o'clock warning sirens from the refinery" just sounded. Four long blasts that ring out over the city -- with that insistent coloring of everything with a sense of impending doom.

I've not turned on any outside news source today. Resisting the urge to check out Google News. I want no concession nor victory speeches this day.

Maybe I'll catch BART and join with other at a Peace demonstration at Justin Herman Plaza this afternoon at five o'clock (San Francisco). That seems hollow, though. My fears may simply be amplified by joining with others who are just as afraid and disappointed as I.

If only Kerry had leaned Left instead of Right in these last days. Instead, he followed Clinton's course and moved toward a middle ground that is so far off center that it did no more than make him Bush Lite. If only he'd told us that if we elected him he would bring our troops home in 3 months, and end the occupation of Iraq. If only, ... .

But it's too late for all that now.

The future is whatever it is, and that middleclass voter that Kerry made his appeal to was planning to vote for Bush all the time, then they'd just go back to watching Survivor and Fear Factor, and hope to someday sit around that table with The Donald.

Think I'll go burn a few candles or find a star to wish on -- or something ...
Posted by Betty Reid Soskin at 10:59 AM No comments: 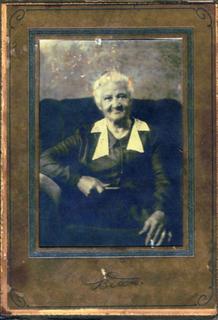 I'm swinging wildly between the fantasy that the unspeakable will happen -- that there will be a landslide victory for Kerry. All this is based on the fact that no one has polled me -- and all the other me's across the country and that we'll fill the voting booths tomorrow and change the current devastating course of history. In my fantasy, the pollsters and the pundits didn't have a clue about us; the youth, the elders, the disenchanted, the daring, those still believing in the innocent dream of justice, righteousness, the fulfillment of the dream of democracy. Plus all those others who have discontinued their lan phone service and can only be reached by cell -- therefore beyond the reach of the pollsters. Do you suppose we're enough to turn the tide? Let us hold that thought!

On Saturday I gave my lecture before a small group gathered at the California Genealogical Society office in downtown Oakland. It felt strange in some respects, reminding me of the effects performing my music always had on me. The magic was always in the writing of it, rarely in the performance. It was like the comparison between ashes and embers. I suppose that's why I was content to just let them go once composed -- and those "ashes" now lie around in my files on scraps of paper and on long-ago-extinct audiotapes that have probably decayed into little more than screeches and howls at this point -- if they can be heard at all, that is.
the only remains are those fading sheets of lyrics and the music that still plays in my head -- never a changed note after all those years.

Some of the tapes are from the era of reel-to-reel while others are on cassettes, but only a few. Those generations of technology were long ago abandoned and the hardware to play my music is no longer available. Nothing makes one feel more irrelevant, I suppose. I feel like an old phonograph needle (remember those?) if I think of it at all.

It was to some extent like that on Saturday. The real pleasure had been in the work of discovery; the research, the Internet connections with other researchers who were working the same surnames and discovering me in the process -- and emailing their work to me for comparison. It was the reaching across the generations and bloodlines and continents that provided the magic. It was the record of 26 generations of the Breaux family sent by Clarence Breaux in Louisiana and the scholarly family tree (that included mine) in the published work done by Prof. Robert Brault of Canada who claims me as "cousin." It was the unknown staffers of the Library of Congress (National Park Service) who sent me a three inch thick stack of the war records of my Civil War ancestor and lit up my soul for days! (And all for a mere ten dollar fee.) Then there was Ken Nelson at the university at Baton Rouge who discovered my father's lineage while searching for his wife's ancestors; the Charbonnets. He took me through a 40 year period that I couldn't account for, and gave me the breakthrough to complete my work. I've met none of these wonderful people, but we've exchanged photographs and artifacts and provided grounding for one another in this polyglot we call family history. What I've collected in my precious binders is simply the evidence of those real life encounters and like the "ashes and embers" metaphor of my music, they are the embers. On Saturday it all seemed bland and gray and mere echoes of the real life experiences that are only possible through present-day technology.

There may be something important here. Can it be that this is why there's always been a contemporary quality in how I've lived my life? Always in this moment. Rarely in the past? Always ready to break new frontiers. Always questioning. Waiting to see what comes next in the midst of every sequence of events ... .

Apparently most of this was happening in my head during my presentation. The group seemed appreciative of my work, and the Q&A went well. There were about 5 African Americans, all women, and beginning researchers in the room and it was to them that I felt most closely related.

The CGS is obviously wanting to open their considerable research resources and facilities to a more representative constituency. Bringing me in as a lecturer was their first attempt at doing this. It's an honorable and wise endeavor since the city of Oakland has a large black population and one that has before now not been reached. It will be interesting to see if this effort pays off.

The challenge of working with black genealology is that the slave curtain comes down and the work is frustrated by the lack of continuity in following the trail of names so critical to discovery. In the case of my great great grandmother, Celestine, is listed as "Celestine of no last name" on her marriage certificate. Celestine is the "C" in my username (cbreaux). I'm fascinated by the fact that this obviously independent woman must have refused to take the name of her owner or plantation, but preferred to have no name at all. The hint of defiance fills me with awe and pride and encourages those qualities in my own personality. A dear friend (white) once said to me, "...Betty, it's hard to feel superior to one who refuses to be inferior." She said it with a giggle, but the thought stayed with me. The words held the ring of truth and echoes of Celestine.

New ways of breaking through are slowly being found -- through working with wills (you'll remember that we were inherited property) and the Freedmen's Land Bank. There are also DNA tracings possible that can now link African Americans to tribal connections overseas.

So much to learn. So little time. And, so little enthusiasm for this researcher as interest waxes and wanes in light of what is happening in the here and now. Striking that balance is an art I've yet to perfect.

I'll hardly live long enough to connect all of the dots in my own life, much less follow the trail back through time, of all those ordinary and heroic souls who contributed to my being on the earth.

It's all so wondrous, isn't it?

Photo: Greatgrandmother Leontine Breaux Allen, widow of Civil War veteran, George Allen who was originally from Ohio. She lived from 1846-1948 and died at 102 when I was 27. She was 19 when the Emancipation Proclamation was signed and freedom came; a freedom that is still to be realized by many.
Posted by Betty Reid Soskin at 10:51 AM No comments: