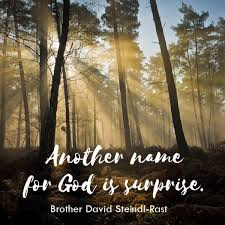 Gearing up for another season of rangering ... .

And, for one who is no longer buying green bananas ... it's more than a notion to be even considering requests for October, yet that's the new reality.  We just booked September 28th to participate in a campus-wide Teach-in on Diversity at the University of San Francisco, and another for mid-October.

Wondering if I'll still remember how to tie my own shoes by then?

All systems continue to be "Go!", but I'm losing my sense of future.  Is this what is meant by being on borrowed time?

Yet the sense that I'm continuing to do good work; that these years of summation are delivering meaning -- not only to me -- but to those with whom I'm lucky enough to share these deceptively simple insights -- as they continue to unfold.

It brings to mind that wonderful little box-in-the-middle-of-the-page in a long ago edition of Reader's Digest:  "There are two simplicities, the one that comes before and one that comes after, complexity."  The quote was credited to the Benedictine Monk David Steindl-Rast.  It was profoundly important to me on first reading, and now it accurately describes the stage in life that I've reached in this final decade.  I'm in that place of the simplicity that comes after complexity.  This is the place where life has taken me after the long process of testing, probing, accepting, rejecting, questioning, etc., and now it feels as though I've known all along; Truth.  And as the peeling back of the onion continues, I'm more and more certain that the greater truths were all known by the time I was about six.  Truth was embedded in the senses, intuition, empathy, compassion, curiosity, etc., and would be revealed in bits and pieces over the accumulating years as nuance and sophistication folded in.  It seems to be simply a matter of remembering what was intuitively known, and trusting that despite all.

In re-discovering this photo of these two world renown "6 year-olds" with whom I shared a few meaningful moments long ago, I may have stumbled upon "essential Truth" without realizing it.  Wish I'd had the good sense to pay attention when the opportunity presented itself quite by happenstance.  I should have guessed that it would be in the process of peeling back that I might discover the meaning of it all.  Never in the "piling on and discarding" -- time after time -- on into the absurdities that I'm finally learning to ignore.


Everything I needed to live a life was "in there" from childhood.  It was the triggers and tools that would be acquired through youth and young adulthood that would provide the education that would continue throughout life.  And schooling must not be confused with education.  Schooling provides those tools that are used throughout life -- and it is in the laboratory of life where education occurs.  It was a very wise middle school teacher, John Hughes, who planted that gem when I was barely in my teens.  Hughes was that enabling elder (probably in his thirties) who served as a temporary guide in those critical years.  In looking back, it is clear that the Avatars have turned up as needed throughout the years.

There is a familiar ring to each new insight these days, as though from a deep well of experience garnered over decades of confusion and occasional revelation.

... the deeper the learning, the greater the reservoir of that which is still to be known!

One day I'll try to speak of the experiences of meeting them both, but not just yet.  I've never felt comfortable in sharing the details of those two separate but equally moving encounters.  In a peculiar way, speaking of them always felt reductive somehow, and didn't match the level of intimacy and humility that characterized both experiences.  There was a kind of magic in their presence, a magic that was unforgettable, even as I remind myself of how rare this was/is, and how amazing to have touched lives with them both.

And, no, I was never a student of either, regrettably, but just to be in their powerful presences allowed one to gain a sense of connectedness that left me awestruck for months and years afterwards.  In both instances I was one of many, in a public situation, yet their abilities to cut through --- soul-to-soul -- is indisputable.

Bill Soskin, my husband of ten years before his death, was a devout student of Tibetan Buddhism, and his Holiness, the Dalai Lama, visited Padma Ling, the Temple in Berkeley, where the refugee Lama Tarthang Tulku, Rinpoche, conducted classes for Western scholars interested in exploring the interface between Eastern religions and Western social sciences.  Many hours were spent being exposed to a system of belief that I was content to be a spectator to.  We had the honor of being in the Dalai Lama's presence on more than one occasion.

Wish I hadn't outlived my peer group!  Now that I'm needing to compare notes with other elders, I'm looking into the faces of the young ... .
Posted by Betty Reid Soskin at 8:01 PM No comments:

Wish I could remember to whom it was that I spoke of my fears of traveling to New Orleans ... .

This is the weekend that my son, David, had gone to elaborate lengths to try to organize a Charbonnet family reunion in our ancestral home of New Orleans.  It was to coincide with the return of his two daughters, Alyana and Tamaya, to the US after several weeks of travel as students through Europe.  They were to meet us in New Orleans on June 21st (tomorrow).  We would spend several days of celebration with the relatives gathered there.  We would visit St. Louis cemetery where so many of our ancestors have been interred over centuries.  There would be a gathering at Corpus Cristi church in the Tremé, the Catholic church that was built by Louis Charbonnet, my paternal grandfather, and in whose name there was so much family pride and honor invested.

Though we learned of it after the reunion plans were made but unknown at that time, our cousin Municipal Judge Desiree Charbonnet would be announcing her candidacy for the Mayor's race in New Orleans!  This was the summer to celebrate, and  Desiree's time had come -- she would be the first woman of this historic city to seek this high office, and a Charbonnet to boot!

Weeks ago, as the date approached, for nameless reasons, I began to experience a sense of unease.  A kind of disquiet.  I was torn because -- given the fact that my 96th birthday comes in September -- this might well be the last chance to visit the city of our origin.  I was fairly certain of that, and at a point where David's plans seemed to be falling apart, had written a general message to the family supporting those plans, and gently pleading that alternative plans to postpone to next summer be tossed.

I may not be here.

It was decided that this weekend's arrangements would go forth, and then the fears set in.

I kept postponing making reservations, and -- unable to give a reason -- started to try to justify my reluctance because of frailty, of "aging," though I was continuing my 5-day work week with no difficulty.


I finally admitted to someone (and I can't for the life of me recall who that was), that it was fear, that I'd had a dream that brought that 1927 Great Flood back to reality, and given that June was the beginning of hurricane season in the Gulf -- I became consumed by a disabling fear that lasted for several weeks and could not be shaken.

It made no sense since this was the same weekend during which we'd -- only a year ago -- spent a week in New Orleans for the honoring at the WWII Museum.  There had been no such feelings of dread at that time, and that, too, was the beginning of hurricane season.  Why this sense of prescience now?  But it was undeniable, and persistent.

A few weeks ago, I finally found the courage to call David to tell him that I was not going to be able to make the trip after all.  I could hear the crushing disappointment in his voice, and -- in a day or so -- learned that he, too, cancelled, making the trip impossible for my granddaughters to end their travel summer at the reunion in New Orleans.  I felt profoundly guilty of bringing this important reunion to a halt by my inability to shake the unreasoning fear ... .

Heard just a few moments ago by radio that there is a flood warning reaching from Houston, Texas, to the Florida Panhandle over the next few days.  It is expected to bring 12 inches of rain through New Orleans over the next 24 hours, with serious flood warnings.