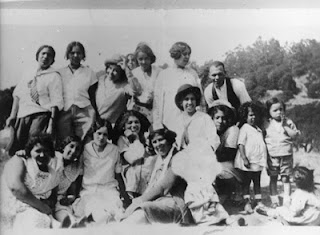 Now, which do you suppose warranted the deferral, a consideration of my age, or, my new-found rather fragile celebrity?  We'll never know.
Posted by Betty Reid Soskin at 2:09 PM No comments: