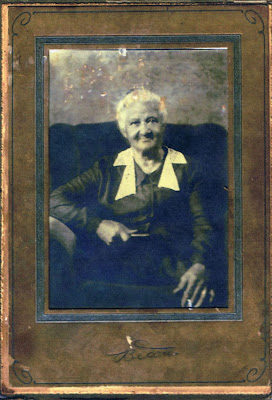 The story of Leontine Breaux Allen; my great-grandmother ...

I can hardly imagine that I haven't put this story to words before now, but a quick scan of the archives indicates that this may be so.  The story is one told by both "Papa" George Allen, her eldest son, and his youngest daughter and my aunt, Vivian Allen Jernigan:

Leontine was born into slavery in 1846 and with her mother, the slave Celestine, was a house servant.  Vivian tells of their cooking in the kitchen of their plantation owner, Edouard Breaux, and walking down to the fields 3 times a day bringing meals to the field hands.  After the Civil War she would marry Corporal George Allen of the Louisiana Colored Troops -- a man who served his country as a soldier on the side of the North.

The lovely family tale is that she was sitting in her front yard pecan tree when the soldiers came marching down the road.  George Allen left ranks and coaxed her down from the limb and carried her on his shoulders for more than a mile before letting her down.  He later became a boarder in the New Orleans home of a family member and their courtship continued.  I believe he was originally from Ohio, but that's not certain.  George remains a shadowy figure in our lives, without even a photograph to remind us of his existence.  It's said that there once was a large portrait hanging on the wall of their little home beside the levee in St. James Parish, but that home was destroyed by fire long after her death and the photo must have been devoured by the flames. 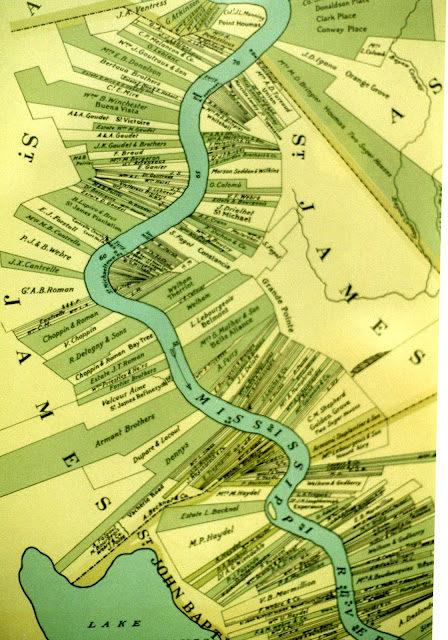 I remember the day that the marriage records turned up in the archives of the Catholic Diocese of Baton Rouge in the form of a brief statement written in French attesting to the marriage of Edouard Breaux and her mother, Celestine ("of no last name").  There it was, his signature and her "X".  That occurred in 1865, at the signing of the Emancipation Proclamation,  At that time, Leontine was 19 years-old. And, yes, Edouard Breaux was the master who owned them both.

Knowing that England had outlawed slavery in 1833 -- and that the importing of human beings from Africa as chattel was no longer legal, the trade no longer involved those shipped into the country, but were now "property" traded for goods; won and lost to settle gambling debts; left in Wills at the death of some owners; and sold and traded within the nation's boundaries as the foundation of the economy.  When it was no longer possible to bring human beings into the country, plantation owners routinely created their own "stock" by brutal rape and other forms of sexual exploitation of black slave women.  Those unprincipled white men were quite literally selling their own children.  Only by a continuing practice of dehumanizing people of color could they have done so, and we have many stories that illustrate this unspeakable truth.

You can imagine my surprise and delight to have discovered this important marriage document that proved that the family lore that told of how the Cajun people -- who were agrarians -- worked the fields with their slaves, and that it was fairly common for deep friendships to be formed, and marriages between Cajuns and black folks were often seen.  Apparently Edouard and Celestine had been in a common-law relationship throughout Leontine's nineteen years, and married in a Catholic ceremony as soon as it was possible to do so -- at the signing of the Emancipation Proclamation.  Leontine's marriage to George Allen, Sr., followed soon thereafter.

In going back through the voluminous packet of legal documents received from the National Archives some years ago, I've been able to pull together (along with those family stories I learned as an inquisitive teenager) a picture of those lives.  Since my great-grandmother, Leontine, lived to be 102, (1846-1948) I was privileged to have actually known my slave ancestor.  I was a 27 year-old married woman and mother of two when she died -- 3 years after the end of WWII.


Posted by Betty Reid Soskin at 3:51 PM No comments: