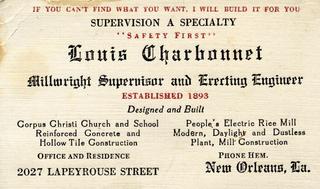 Having come from such a long lineage, and having only accounted for one branch of this huge family -- what on earth comes next?

I can imagine how hard it must be for all those who have been displaced by Katrina to figure out next moves. Looked around my apartment after slipping out of my shoes before stepping onto the white carpeting I spent the weekend cleaning. Felt the dry sobs that rise in my throat so often these days. Such a contrast with those who are returning home to filthy water rising to the ceiling. Looked around and wondered what I would save -- if the water were rising fast? What would I do if all I had left at the end of the day were the clothes on my back and the ring on my finger? Suppose there was nothing left to prove my existence at all? And, most important, how could I reach those kinfolk who live far beyond the waters -- about whom I know little, but who might be in a position to help ... .

I'm in that position. I wait for I know not whom -- a phone call from some relative who doesn't know of my concerns, or of my willingness to share my life. I haunt the lists online not knowing whether the names I see are those for whom I'm looking. The women have changed names through marriage, maybe more than once. Do I adhere to the known family names (Allen, Breaux, Charbonnet) and forget about all else? Been doing that, but coming up empty, except for rumors.

I'm hating the fact that we're so scattered, so out of touch. Would love to be able to knit us all back into some kind of whole -- and if possible -- I'd never allow that kind of separation to ever happen again. I worry so about the children ... .

Find myself worrying even about those from whom I've been alienated for a variety of reasons over many years ... Wondering what could have been important enough to make for such deep cleavages in our lives ... and how can the healing begin?

..and will there be enough time?


Photo: Grandfather Louis Charbonnet's business card that I've treasured for all these years. Also have notebooks in which he computed his worker's pay and estimates of construction. His leatherbound engineering books sit on my bookshelf in the hallway. How comforting to know that they're dry and not lost to the waters of Katrina ... .

Posted by Betty Reid Soskin at 6:15 PM No comments: 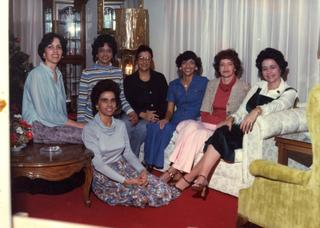 My father had three sisters and seven brothers. Over the years, many had relocated out of New Orleans into other parts of the country. Several families settled in Southern California, others came to the Bay Area. Through cousins I've now located all of the William Charbonnet family (or at least have received word that they're safe and evacuated out of Louisiana). Some have joined with sons and daughters in Maryland, Atlanta, Texas, etc., and two live nearby in Oakland. I suspect that many will return home over time. But for the moment, there's nothing to return to.

I've learned that a number of kinfolk are in Baton Rouge. The Louis Charbonnet III family has settled there after losing the Charbonnet-Labat Funeral Home that was last seen in a NY Times photo under six feet of water! All families have lost everything. Families like ours has created and carried so much of the culture through a long Louisiana history, since before the Louisiana Purchase in 1805. I cannot imagine what will happen when that historic city has been gentrified out of existence by white folks who have no idea of what's being lost.

Do you suppose that anyone is aware that Senator Mary Landrieu and Lt. General Russell Honore are both Creoles -- just like me? She is the daughter of former New Orleans mayor, Moon Landrieu. Or that the bombastic "John Wayne" character who is credited with having provided whatever real leadership that emerged in that fiasco that ruined Michael Brown of FEMA, comes from a large Creole farming family in Northern Louisiana. At another time both would be identified as "black," but now that we've entered this weird hard-to-nail-down racial identity window -- the "one drop rule" has been scrapped. We're left in a kind of racial limbo -- at least some of us have been. Others (like me) insist upon our black identity and challenge anyone to argue otherwise. We all carry the genes of some tribe or other in West Africa.

New Orleans was the city where -- for generations -- those relationships have been worked through fairly successfully. Creole/Cajun culture clung faithfully to its differences and proudly held its uniqueness over at least 300 years. I have no idea whether that figure of "70% African American" that's given out so often these days on the newscasts counts all the rich racial mixtures (Caribbean, African, Haitian, French (Cajun-Creole), Spanish (Islenos), Choctaw, etc, that have created this new race of charming, seductive, artistic, talented, clever, colorful people who remain New Orleanians no matter how far from home we travel over time. It still feels like home to me and I've been in California since 1927!

I cannot imagine that one day (if those who've been displaced aren't allowed back to reclaim their culture) we'll see the emergence of some generic southern equivalent of plastic and neon Las Vegas. How sad that would be! And the unknowing developers will have no idea of what has been lost -- not one whit.

We who are only peripherally involved may have a role to play. In any way that we can, we must work to see that New Orleans is not erased from the cultural mix that makes up this nation. That cannot be duplicated. Louisiana was a cosmopolitan territory under the French, the Spanish, etc., long before the 13 colonies declared separation from England and created the nation that we are now, and that may be in great jeopardy in our time.

Posted by Betty Reid Soskin at 5:16 PM No comments: