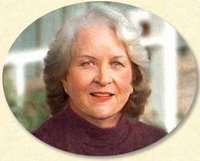 The strangeness of loss in Cyberspace ...

We'd never met, Sage McKenzie and I. We were members of an online community known as Seniornet, a San Francisco-based program designed for seniors a couple of decades ago. I logged on for the first time about twelve years ago when our cyber-village was made up largely of retired business executives, teachers and lawyers and physicians and artists; all venturesome elders who had the wherewithall to both afford the hardware and the courage and the skills necessary to learn to use the software that allowed us into this brave new world. We brought with us no small amount of experience and daring with which to enter the information age as wide-eyed as the youngsters who accepted technological advancement as their natural legacy. Sage came into it as an artist, interior designer, and website constructor -- I through the doors of political activism and public service. We both embraced the times and advanced years that life afforded us as uniquely as we had embraced that period in the Eighties when the human potential movement was in its prime and Esalan was the Valhalla that beckoned us into new dimensions of reality and exciting new concepts about our inner workings. We shared interests in Tibetan Buddhism and humanism in small ways and terse sentences -- usually through online conversations with others that drew us in from time to time. We'd always planned to meet one day ... to continue those conversations... .

It was during those early years in the Nineties that I learned some valuable lessons. I knew, for instance, that it would be possible (if one so wished) to toss "self" and take on a persona of one's own choosing. In those first days on AOL I could see that it would be possible to drop all signs of race and enter into my generic-person self without the handicaps of racial identification and all the stuff that so troubled others. That lasted about 3 days. How on earth would anyone know what my words meant if I didn't express them with total honesty? What meaning could mere words have without context -- and that providing background would be required for the sake of integrity. Everything would have to be succinctly expressed in the few short sentences and paragraphs demanded by this new defining communication system. Would I waste them by using it as a toy? What did it mean that AOL offered me up to five different screen names; separate identities to be used at will? Could this be encouraging deception? Could one trust this new virtual world?

Maybe it was the fact that we were all elders with the growing sense of urgency that comes with these declining years. Perhaps it was that the medium held something inherent that promoted a level of intimacy otherwise impossible in the everyday world of reality. Maybe we needed to relearn what constitutes intimacy at all -- and what it is that allows us to skip through the walls of separation that no other medium had ever allowed us? Whatever it was, we seemed to recognize the privilege we'd been allowed by those kids in suburban garages tinkering with wires and electrons that could bring the entire world together for the good or ill of humankind.

After years of those online conversations that gave us the ability to advise and consent; express both love or rage as needed; deal with old hurts through surrogate online relationships; find empathy and support when life demanded it; Sage McKenzie emailed me one day to say that my words held deep meaning for her, and that it felt sad that more people were not in a position to read them. "I hear beyond your words, Betty, to a place where you touch on the universal. You are a writer who needs to be experienced. Your honesty comes through in ways that instruct and teach. I'd like to create a website for you -- of your own -- to say what you will." I've tried hard to live up to those lofty expectations. Only you will know whether I've succeeded. I'm still humbled by her faith in my abilities.

And so saying, this lovely woman whom I'd never met except in that place in the mind where we leap space, time, and distance; this artist who designed websites, wove beautiful fabrics, designed virtual systems; created "Cbreaux Speaks," and from some small town in Texas that I'd never even heard of.

She included links to my blog on her own website and -- though we rarely were in contact except when something happened that begged sharing (an occasional news item or special mention), we remained relative strangers.

Therefore, it's hard to understand just why today when I learned of her death -- I feel wounded and in despair -- as if a part of my being has left this dimension. And -- it's more than simply the feeling of losing a friend -- but as if a part of my soul has been torn away leaving tender places where once there was wholeness.

There is a remaining small group of women who know themselves as "The POD," whom Sage created on a website that gave physicality to each in a place and time when we were simply words on a small screen. Over the years several have passed on -- Glorious, PurpleGram, BeaSmooth, Nadi, Lleena, and others -- leaving fewer of us now who are all on this day feeling the pain and loss of her through the oft quoted "... death from natural causes."

Maybe the over-riding "natural cause" is that final escape into the dimension of inexplicable and unending love we must all slip into one day -- out of this life and into the memories of those who've loved us into an immortality that both Sage and I believed in fervently. We've shared so much of life in this unlikely medium that has provided so much caring across time and space and distances that only the Star Ship Enterprise has previously had the capacity to travel through.

Posted by Betty Reid Soskin at 11:58 AM No comments: