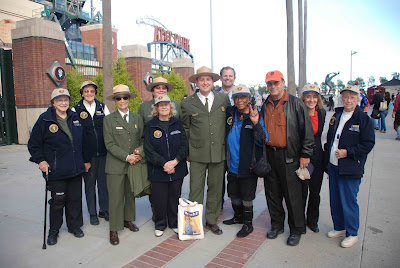 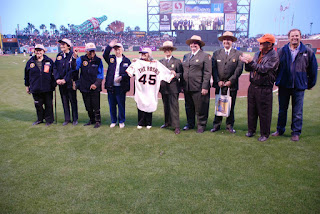 Photos:  These are thumbnails and can be enlarged by clicking on.
Posted by Betty Reid Soskin at 6:45 PM No comments: 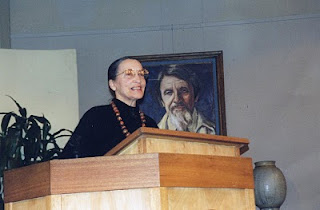 Pitchin' and tossin' and discoverin' papers and photos long forgotten ... .


Fortunately, one of the benefits of moving  ( this time it's for Dorian; requiring empty boxes)  comes with the need to finally rid myself of all of those stashes of items that needed further examination before tossing; things that have withstood a cursory examination through several previous moves but by the time we've lived as long as I have -- that collection has become gigantic!  Now's the time to stop procrastinating and either seriously save for posterity or toss!  Unfortunately, the "save" pile is disappointingly generous still.  The only way I can guarantee riddance is to put everything else through the shredder!


Today was the day to dive in before the closet police stake out my apartment for a raid!


Such memories were waiting there ... and so many emotions ... .


For instance, I don't recall this photo at all, but I do remember the event.  That Sunday I was in the pulpit (at my request) at the Mt. Diablo Unitarian Universalist Church in Walnut Creek.  The portrait behind the lectern is of my mentor, and great friend, the late Rev. Aron Gilmartin.  (The subject of the sermon and description of the event is in the archives under June 8, 2004.)


I believe that there is a biography online about this true scholar, social activist, and humanitarian.  I could never do that history justice, but author Arliss Ungar has done so in a published paper that is available online.


I so wish he was still present in my life ... but I know that his influence is still being felt through those of us whom he taught so well.
Posted by Betty Reid Soskin at 3:31 PM No comments: