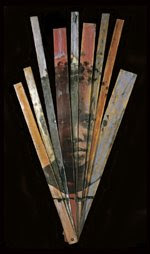 Remember those Fates I was appealing to ... ?

They're being most reasonable and cooperative and it begins to look as if we'll be able to hold our memorial/reunion to Rafiq at the old Masonic Temple in the Fruitvale as hoped.

A few phone calls to the present leaders in that colorful community led to tomorrow's visit to the old site. I hadn't seen it over all the years. There has been little reason to pass through that neighborhood. Had no idea if the old temple was actually still standing, but it is and -- as far as I could tell in a quick once-over from the street on my lunch hour today -- is quite possibly exactly as it was when we were last inside.

The colorful new Transit Village that now stands at 34th Avenue and International Boulevard begins at that building. The tiled arched entry is warmly inviting. The entire area h 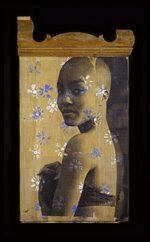 as been redeveloped with shops and housing that reflects the Mexican, South and Central American, and Carribean cultures that make up a large part of the population of the Fruitvale district. It is so ethnically rich as is the entire city of Oakland.

At the invitation of management, I was invited to meet with the property manager at noontime today for a walk-through. We missed connections somehow, and I found myself standing outside next to the street vendors waiting -- trying to see what I could that would give some notion of how practical I was being in this wild fantasy.

After a long wait, (as subtly as possible), I clicked together the heels of my utility ranger brogues and circled 3 times -- hoping no one was noticing -- but this time it failed. No property manager. I'd left his cell phone number on my note pad back at my desk in Richmond. We've arranged to try again tomorrow at noon.

It was clear, however, that though the old building had been added to with neat shops that connected seamlessly to one wall-in-common, the stairway that I could see from the sidewalk didn't enter the old part of the structure (at least not to the level that I could make out). It appeared that the large assembly hall that we'd used was probably standing abandoned over all these years and that the old dinosaur has existed in Limbo since we were there. I did ask the vendor with whom I'd spent all of 20 minutes if the building was currently in use and she didn't know, "...except I seem to recall that there was a childcare center here a long time ago."

One of the really welcoming contacts I've made over the past few days has been involved with the Fruitvale project long enough to have actually remembered the Nu Upper Room and has offered to do anything that she can to help us fulfill the wishes of Rafiq's family and the Upper Room alumni who will gather in his memory. So far 3 staff members a 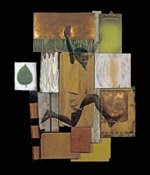 ssociated with the Transit Village have emailed offers of help. Their board will meet soon and our request will be considered. The history we're refreshing adds to the status of the historic Masonic Temple and to the district, which makes it of particular interest to their enterprise.

Meanwhile, a small group of us will gather Monday evening at the Guerrilla Cafe run by visual artist, Keba Konte, on Shattuck Avenue in Berkeley to remember and begin to plan. It will be the first in a series of memorial events to be held in honor of Rafiq and his legacy. Hopefully, the Memorial service and Reunion at the Old Temple is planned for sometime after the first of January.

On Monday I'll take along my precious tattered manila envelope and its collection of artifacts to give to Aisha and the others. They'll know what to do with them. Perhaps they'll form the beginning of the formal telling of that colorful Hip Hop history that will serve a new generation of emerging young artists. The Bay Area has been home to generations of Muses for the arts, not the least of which are those who found their creative voices at the Nu Upper Room.

Working with the park service has given me a keen appreciation for this kind of stewardship and of the value and necessity in historic preservation. My advanced age seems to have brought with it the confidence and the right to determine what is precious and deserving of preservation. Coming into that kind of awareness sometimes leaves me awestruck ... with a sense of wonder at the appropriateness of such an arrangement. But then I truly believe that I've had the ability to recognize greatness over a long lifetime. What's changed is that I've now lived enough years to own that ability without flinching.

(Not much humility in that paragraph, is there?)

Silly, maybe, but it kind of justifies my continuing existence -- at least for now, and maybe next week, too. 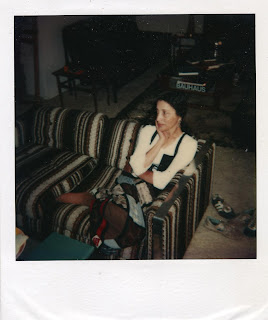 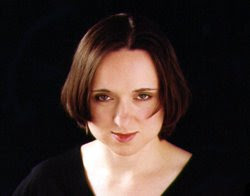 Lower: Author and noted humorist, Sarah Vowell.
Posted by Betty Reid Soskin at 11:58 AM No comments: