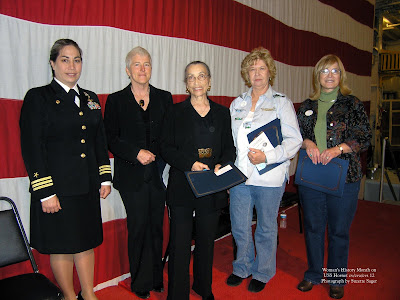 Memorable Day on board the USS Hornet ...
and to think that I came very close to missing it entirely. But what is needed here is the exchange of emails between the USS Hornet's CEO, Jon Stanley, just yesterday. I'll look them up and post on the next blog entry.

I came home on Saturday afternoon feeling jubilant -- partly from having experienced that gigantic war machine -- the brave walk up that scary gangplank not daring to look down even for an instant! Entering that cavernous deck with its displays from the two times it had served as the pick-up vessel for the space capsules with their precious cargo of John Glenn and the others upon their return from space. It is impossible to not feel the excitement embedded in the walls of that majestic giant. It is impossible not to feel absolutely insignificant as you look around at planes and the other tools of war and space exploration. It is also possible, even for one as anti-war as I, to understand the energy -- the ultimate adrenalin rush that must be present in battle. I could feel my pulse quicken just walking through the exhibits.

Then I saw the flag ... the likes of which I've only seen hanging behind the figure of General George Patton in the movie bearing his name. I would be framed in this setting -- using my allotted ten minutes to explain why I'd come today. That I hadn't realized when I accepted this invitation to participate in the Museum's Women's History Month's celebration -- that it would fall on the weekend of the 4th anniversary of the Iraq war and that those who shared my anti-war feelings would be gathering here and across the nation in major demonstrations. And -- here I would be, standing on board the ultimate symbol of western military dominance, the USS Hornet aircraft carrier, speaking before I knew not whom ... .

I'd decided to not cancel out at the last minute, but to make my own statement in the hope that I could maintain my own integrity by standing by my beliefs, even in this setting. I would rely on the goodwill of these strangers and hope for the best. And -- if I could be so lucky -- the shore patrol wouldn't haul me away and dump me into the estuary!

The other four female panelists were a Cmdr. Lisa Avila of the Naval Air Force; a tugboat captain, two civilian pilots, and a Blue Star Mom carrying an enlarged poster of her marine son now serving in the Middle East. What a place for a peace protester to be! 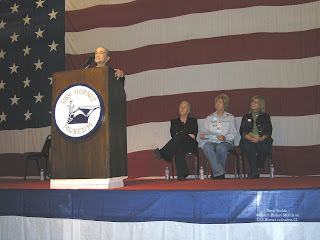 I'd decided sometime during the night just what I needed to say -- and it came easily:
I'd remembered an incident involving a conference at Asilomar (Stebbins Institute) where I'd heard the author, Ken Kesey, introduce his first lecture in the weeklong series. It was the summer that Kesey and others from many disciplines were on the Stanford University campus as artists in residence -- changing the world as we knew it. It was the summer that heralded San Francisco's Trips Festival, the Grateful Dead at the Fillmore; LSD experimentation in the Summer of Love and the Haight/Ashbury phenomenon. Kesey had published "One Flew Over the Cuckoo's Nest" and was working on "Sometimes a Great Notion." He was seen as one of the latter day prophets by many in both literature and theology.

I was almost traumatized by that night as Kesey spoke of the flag being merely "...a piece of red, white, and blue bunting" -- only a symbol, and how we confuse that with the reality -- and that it surely did not represent him when flying over Vietnam in a war in which he did not believe. Nor did it represent him when standing beside the throne of the Grand Dragon of the Ku Klux Klan in some Mississippi town. In illustrating his point he seized the huge American flag from the standard at the edge of the stage, threw it to the floor with a loud crash -- then ground his feet in it! Three young girls seated behind me ran from the chapel in tears. I sat feeling nauseus and cried through much of the night afterward. Surely we had made his point. Bunting, indeed! The description of that event became a chapter in Tom Wolfe's book, "The Electric Acid KoolAid Test." I had no idea how mind-bending that conference was on many levels.

I talked of the effects of that dramatic presentation and - after a sleepless night -- how I'd walked down to lie on the white dunes the next morning -- trying so hard to understand both Kesey's presentation and my own response to it. After all, was this not the extension of what I'd been doing most of my life by refusing to participate fully in the reciting of the Pledge of Allegiance? He'd forced me to the crucible, and left me wounded.

I lay on the dunes for most of that foggy morning -- calling up bits and pieces of the founding documents; the Constitution, the Bill of Rights, America and America the Beautiful, the Star Spangled Banner; and I spoke the words aloud while I strummed my guitar and sang the lyrics quietly to myself. 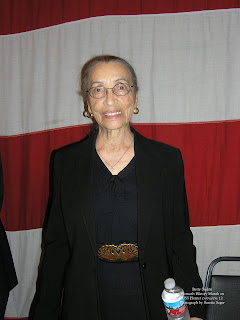 I remembered that when I was a very young teen, I'd given up the words of the Pledge, "..with liberty and justice for all...," and would no longer allow sound to escape my lips -- but would mouth the words so that those around me wouldn't know. I suspected that they didn't know that those words didn't mean me. But I knew. And there was no one to talk with about it at the time. I would learn much later that others "edit" pieces of such writings -- as we emerge into a fuller understanding beyond rote memory.

These words still come to me from time to time just before sleep: "We the people in order to form a more perfect Union ...," and some time later, "Thine alabaster cities gleam undimmed by human tears" (to my increasingly politically aware young mind -- I heard this as cities of white people unaware of innercity black pain); and the lines from the third verse of America the Beautiful that sings; "America, America, God mend thine every flaw -- confirm thy soul in self control, thy liberty in law;" how powerful is that? And how prophetic.
I remember speaking of the realization that day on the dunes -- that all of those passionately patriotic words were the expressions of poets and visionaries -- that they were never promises carved in stone, nor facts or edicts hammered out in legislative sessions by the rulers. They were aspirations of an America that we must continually re-create with each new generation. Democracy is a dynamic thing that cannot be frozen into form nor shot from the barrel of a gun, nor can it be established through a mandate handed down from the powerful and the privileged.
I'm not sure how much of this I communicated during my ten minutes at the lectern, because I hadn't made notes in preparation. But I do remember saying at least twice during that time -- at the beginning and again at the end -- "We the people in order to form a more perfect Union ..." and that on that day on the dunes I took back the patriotic symbols from those who had claimed them -- and that I knew that I had as much right to define patriotism as anyone, and far more need to hope. And I'm sure that I implied that -- when I'm demonstrating against the war -- I am one of the ordinary American people working hard to "...form a more perfect Union."