Two big events now in the past ... and it's just as well. I'm running out of mental pegs to hang things on.

Mid-week the big public meeting to present and review the General Master Plan for our park arrived. The report is the culmination of 8 years of hard work by some very capable staff people, both locally and regionally. I had no direct involvement is creating it (except for being one of the many voices that mulled over hours, days, and weeks, of meetings in various configurations and levels of dream-makers). The document that is the outcome of all that work is really impressive.

Last week I spent many work hours driving around the area delivering copies to museums, libraries, agencies, nonprofits, civic partners, etc., and feeling really welcomed at each stop. My uniform continues to open doors and produce smiles of greeting. I'm always aware that I'm announcing a potential career option each time I enter into new territory. Feels good. There are always questions from those who have no idea that there is a national park any closer than Yosemite; that, indeed, there is one in development less than 30 minutes away -- how exciting is that?

Rosie the Riveter WWII/Home Front Historical National Park is still relatively unknown beyond the boundaries of the city of Richmond, but with each new phase in park-building the circle of those-who-know grows a bit larger.

On Thursday afternoon I drove up to Santa Rosa Community College to appear as a panelist for their school's Women's History Month celebration. Stopped by my office to pick up my goodie box of handouts; stuffed it in my car's trunk along with an overnight bag (for staying over with long time friends in nearby Occidental). I planned to join Tom at his Mendocino oceanfront home on Friday morning for some whale-watching before returning home to attend the Rosie Trust annual dinner tonight (Saturday).

Hit a bump in the road along the way that disrupted my anticipated happy holiday. First of all, the panel that was advertised on the widely-distributed posters as consisting of 3 panelists -- turned out about the same as one I'd participated in last spring at the Oakland Mu 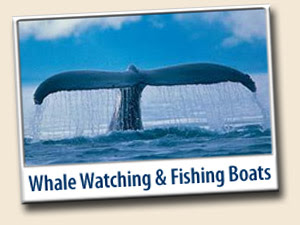 seum. The event had been several months in the planning and by the time the date arrived -- I was the only one left standing! The others had passed away ... so sad. So depressing. Upon arrival in Santa Rosa I discovered that the other two women (both "Rosies" over 80) had cancelled out and I was again going to be doing a solo presentation. Except that -- in this instance -- two instructors quickly were added to the mix and did a really credible job of creating the replacement program we needed.

But it set a tone that dampened my spirits and I found myself feeling old and out of context. Those feelings were still clinging upon arrival in Occidental where Don and Jewell and I spent a late evening remembering. It was impossible to not be aware of how much we were all aging -- and of how little time is left now. These were two dear friends I've known and loved since the early days when we were all hard-working members of that brave ahead-of-its-time little Unitarian Universalist Fellowship in Walnut Creek. We'd raised our children together while working toward a more equitable community in which to grow them.

I drove away toward Mendocino on Friday morning feeling a sense of sorrow at how fast our world is changing and wondering just how much longer I can retain some sense of relevance ... .

I keep forgetting -- since my everyday world is peopled by those at least a generation below my own -- that it is I who is out of context. My own generation is making peace with the end times and coming to terms with their mortality in ways that -- perhaps -- I've not yet begun to consider -- to slow my pace one whit. I'm ordinarily not even aware of the need to do so.

Will Time wake up one morning soon and notice that he has forgotten me, and that Age will then arrive with a vengeance and cart me away unceremoniously -- without warning?

And wouldn't that be a wonderful way to make an exit?

It was in this mood that I hopped into my little red Beamer with its inappropriately loud muffler to (prematurely) drive away from Tom, the whales, threatening skies, to head for home along magnificent Coast Highway 1; through the Navarro River gorge with its 14 mile stand of redwoods; through to Highway 128 -- through the Anderson Valley now busily dressing for spring; with the hope that this pall will lift and isn't a signal that I'm reaching another plateau where age will (finally) become a factor to be reckoned with.

I looked back as I drove out of his driveway to see Tom standing in the doorway looking puzzled and patient, as always.

I could never have explained ... .
Posted by Betty Reid Soskin at 1:58 PM No comments: