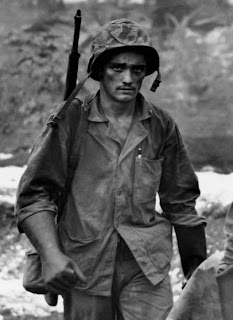 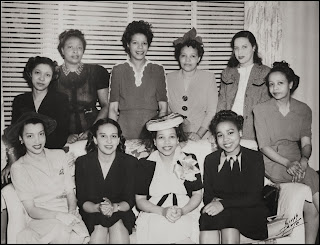 There has never been a time when I've had more to write about ...

Yet I'm finding it impossible to write -- from the center of a vortex. My fingers freeze over the keyboard, and I sit here in virtual silence while my brain races on wildly! So much is happening to me at a time when everything I know would suggest the opposite should be true at this stage in life. This writer's block has been true for two weeks now, and there seems to be little to be done about it.

I'm learning that "celebrity" is neither comfortable nor a guarantor of self-confidence. I'm forgetting things and losing a sense of control over small but important facets of my life. I worry that the confusion is less related to the multiple demands on my psyche and more by my newfound fame. It may be no more than the simple fact of aging. Is it beginning to happen now -- after this long stint of slipping by the physical and mental slowdown being experienced by so many of my contemporaries?

I vacillate between wanting to proudly preen in my fancy ranger uniform and distinctive hat and hiding under my desk or losing myself behind the screen of my computer for hours at a time. I've gradually grown used to telephone calls from reporters and columnists -- but always with the nagging question about where they all were when I was 26 -- 36 -- and surely just as aware and thoughtful as now; though surely without the experiences of later life which defined me.

I feel so ordinary in so many ways, yet here they are with their notebooks open and pens poised for my "words of wisdom." I'm fitting into a scenario that is ripe for exploitation -- but only at a time when I'm years past my prime -- and so close to the end of life. Yet -- over the past weeks I've found myself on the front page of local newspapers; on the small screen in several documentaries; being featured as one of three women in a cover article in a national magazine being published this month; and in so many ways, without a firm conviction about my worthiness of such attention. Could this be residual scars leftover from the life of that 20 year-old over-achiever from the blacks-only Boilermakers Auxiliary union hall many years ago? Maybe.

He may be right.

I almost believed him when a night or so ago (while re-playing the daily "movie" against my closed eye-lids just before sleep), there was a flash of insight:

I thought about the experience of watching "California at War," the KCET production in which I am on camera for 3-4 seconds at most. I thought about how impressed I was at the fairness -- the evenhandedness of the documentary in matters of race and ethnicity in the telling of their story. Then it dawned on me that the 3-4 seconds was not the issue at all. It was the fact that those talking heads (and mine among them) were all elderly people who had lived the era either as players or as children whose lives were effected by the war. We were being interviewed many years after the events, and at a time in life when we had nothing to gain by not being completely truthful. Obviously we all were.

After viewing the hours of interviews (mine was perhaps 90 minutes) necessary in order to cull those 3-4 seconds, our individual stories were embedded into the work. We (those interviewed) had created the documentary as surely as those who then applied the technology that gave those stories life. It was our experiences that shaped the work, and it was in the long hours -- the effects of the intimacy of our images and words on the producers -- from the computer screens and storyboards that produced the documentary. The metaphor might be that the interviews themselves were the live embers and that final 3-4 seconds on-screen little more than the (albeit still warm) ashes of the completed on-screen experience.

Now I can hardly wait to see the other documentaries in which my interviews may well have played a similar role; that of influencing the artists and technicians, and ultimately, the telling of the story of that heroic and tragic chapter in the history of the nation.

And -- yes, it's still difficult to write from the center of the vortex. But maybe it's the vortex, itself, that I need to be writing about... .

Photo: Dates from 1942 and is a picture taken at a baby shower for Marguerite Roles, wife of the secretary-treasurer of Boilermakers A-36, the Jim Crow union where I worked as a file clerk during WWII. I am in the front row in the left corner of the screen. Little did I know how time, alone, would transform my life many times over.