... then today there was the panel on Women's Empowerment at St. Marys College in Moraga ...

Such a different view of the world!

The drive from the urban area of Richmond with its grittiness and dark view of the world -- across scenic San Pablo Dam Road; through picturesque Orinda Village and the outskirts through the once familiar now any-small-city-in-the-USA-ized town of Lafayette; across the rural landscape past the Sunday cyclists and out into the back countryside to Moraga and venerable old St. Marys College -- and it was bound to be a novel day.

I arrived at the campus Soda Center as the keynote speaker, the Mayor of Moraga, was at the lectern.  The room was half-full, but then I recalled that this was the second day of a two-day conference, and participants were scattered into breakout groups.  At this point I had no idea what to expect, except that I was to serve on a panel with unidentified others.  Not much to go on, right?

We were given a printout with a selection of questions that might be used to guide our presentations. 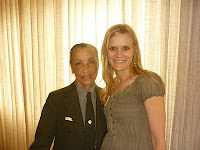 It went well.  I felt comfortable and able to respond to my own satisfaction.

This experience, as it happens, will serve as preparation for my 3-day, 2-night, adventure as a guest lecturer the last week in March at Humboldt State University.  It may also serve as preparation for my commencement  talk at California School of the Arts in San Francisco in May.  That still lies ahead but is looming less and less threatening as I build on the campus experiences, before a generation that seems finally but truly ready for the honest national conversations that their parents and grandparents have avoided until now. 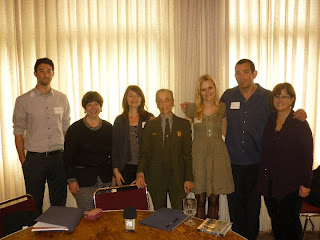 Such a dedicated and earnest group of young panelists, each with a passion formed of personal experience, and each having found a channel through which to effectively confront whatever challenges lay before them.  I felt a deep sense of separation born of age and experience, yet an equally deep realization that such a treasure of self-discovery lies in their futures -- still forming -- and that they are each change agents who are earnestly and with love creating the world in which my grandchildren will either knowingly or unknowingly and in faith -- join them in building a world far more empathetic than the one which parented my generation.

How honored it feels to be available to stand on the same side of the racial and cultural barriers with them as we together bridge the chasm of cynicism and indifference at this end of the 1st decade of the 21st Century.  The Age of Aquarius!

Whoever would have dreamed ... ?
Posted by Betty Reid Soskin at 3:45 PM No comments:

Still nursing the bi-centennial grandfather of colds and making every attempt to not let it interfere with Life with Betty ... .


The video below was done at the February 19th Family Journey Day sponsored by Supervisor Keith Carson of the Fifth District of Alameda, County.  It drew about 150 hardy souls who were willing and able to attend despite a drenching extended downpour.


We were 3 panelists; a woman minister, a retired former San Francisco State head of the Department of Black Studies -- and moi.

After being totally intimidated upon noticing the voluminous notes each were clutching prior to the opening of the program (I never speak from notes), I settled in to listening for clues of what I might draw from the others when my turn came at the lectern.  Fortunately, I was not the first to speak so could build on Dr. T'Shaka's words, though he didn't leave many lifelines to cling to.  Our accounting of those years differed enough so that I had to find my own way in the telling.


All 3 talks are accessible on You.Tube.com, so -- the complete afternoon with Q&A are available.

This audience was interesting in that it was almost all African American, and mostly young.  It was a challenge to make this history compelling to youth who've had so little preparation with which to receive it.  I'm told that this program will usher in a comprehensive one that will involve learning the rudiments of genealogy and building family trees that will extend through the summer; a worthy undertaking.


They were very gracious.  It was an afternoon well-spent.

Posted by Betty Reid Soskin at 3:11 PM No comments:

Posted by Betty Reid Soskin at 4:17 PM No comments: