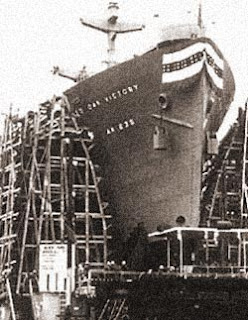 Those WWII-related PBS Specials are about to be aired... .

On the weekend of September 29-30th the 1st Annual Home Front Festival by the Bay (www.homefrontfestival.com) will be held here in Richmond. We've been gearing up for it for weeks with bi-monthy meetings now morphing into bi-weekly ones, and at times, daily meetings standing in doorways or quick sessions in the parking lot. It's a crazy time for us all.

The festival will fall during the showing of Ken Burns' epic series, "The War!" with several PBS one-hour local specials airing that week as well. I've been interviewed for at least 3 of those about to be aired.

Received an advance copy of the KCET-TV PBS production on Saturday. This would be the session with the California Connected production crew that came up from Southern California some weeks ago. So much has happened since that time, I had no idea what would show up on the DVD. As it happens, I'm on camera for all of 3 seconds, in two places. In the first -- a single line clipped from the hour-and-a-half of talk is absolutely untrue! They've taken out of context the line, "...African Americans could not live in the city of Richmond." Anyone with half a brain knows that Richmond was the site of the largest HUD program of temporary war housing constructed in the nation and that many of those units were occupied by African Americans. The second line is accurate and I spoke it well through my veil of wrinkles (but didn't my necklace of garnets look great?). It was this, "...it registered on the Richter Scale in Berkeley." That's it; the sum total of my part in the proceedings. This followed scenes of the tragic explosion at Port Chicago in July 0f 1944.

And you know what? It's a great production. It bears the title, "California at War" and is a truly impressive account of the war years with many film clips that I've never seen before, and with an overview of the period that was great. Original music (I think), and the careful and evenhanded telling of the story made this a major production fine enough for Emmy consideration.

Some of the other talking heads were people known to me; Tom Debley, Kaiser Permanente historian; Kevin Starr, esteemed State of California historian; Maggie Gee, of the University of California, Berkeley; and others.

Watch for it. It has already been shown in Southern California -- twice during late August -- and is scheduled for viewing in the Bay Area on September 20, at 3:00 in the afternoon, I'm told, but you'll want to check your own program schedules for changes.

Despite my less than compelling performance, I'm really proud to have been a part of this important work. Now I can't wait to see what the other two documentaries will show. I believe that I'm seen for an additional ten seconds (I'm sure) in both the KTEH (PBS-San Jose) one-hour special, then again in one that was created by KQED (PBS-San Francisco). I'm guessing that -- all together -- my on-screen appearances will amount to less than a minute, and that may be an exaggeration; and it's probably just as well.

It matters not. These are fine documentaries, and to have been chosen to help tell this important story is to be greatly honored by some very creative professionals.

Photo: The launching of the SS Red Oak Victory, one of the last victory ships built in the Kaiser Permanente Shipyards in Richmond. She served as late as the Vietnam War and is presently moored at Shipyard II while being lovingly restored by veterans of the Maritime Service, and others.
Posted by Betty Reid Soskin at 6:55 PM No comments: 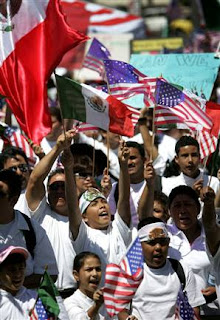 The immigration issue keeps gnawing at me. It sits there at the front of my brain waiting to be resolved ...

And -- I surely don't have enough ego to believe that I, alone, can solve it. The problem is that this is one of those times when I have friends on all sides of the issue -- friends whom I respect and admire. It's my own ill-defined position that troubles me.

It came up again for me this week when an invitation arrived announcing a big meeting being held at Easter Hill United Methodist church where the matter will be discussed by leaders of the black community. The questions to be explored are those that I've asked myself repeatedly over time. To hear the opinions of other African Americans who are struggling with the same issues would be extremely valuable. Why, then, have I not responded to the invitation? Why do I remain so conflicted? Did I just accidentally trash the email? Or, does the fact that I did so indicate a reluctance to face my own feelings about it? Interesting questions.

I've rarely ever ducked out on confronting controversial issues -- but this one continues to gnaw at me without resolution.

Think I'll go back to my mailbox -- read it over (if it's still there) and try to struggle my way through it this weekend. I need to know for myself just where I stand -- and in a way that is direct and uncomplicated and that will resonate with my family and friends who still look to me for guidance from time to time in matters of politics.

If I can't find a solid position that I can defend in my present state of mind-- then I must reconsider by re-framing the questions in order to allow myself to change the way I'm thinking about it.

Maybe it is this that is so difficult.

Posted by Betty Reid Soskin at 10:30 AM No comments: