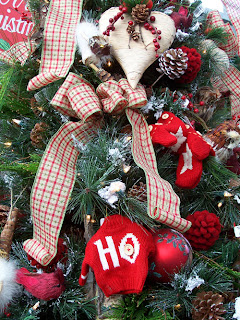 Dorian and and I had a great time choosing this year's Christmas tree, ...

a 6-footer, full, with that lovely pine scent that does more for ringing in the season that all of the fake Santa's in the world.

As it is with every holiday season, I thought today of Mel and the family Christmases of old, and of how much -- despite all -- we loved one another. Where we may have failed at marriage, we were loving parents and what there was to build upon was reinforced year after year by the parental love we shared. He was a doting though often absent father, but one whose life was spent in trying to grant the wishes of his kids and their mother. Whoever said that couples should not stay together for the sake of the children may not have had it right, after all. There were obvious sacrifices, but we drew enough love from being parents to hold us together for many years. That we would eventually separate as they began to spread their wings was predictable, but those were certainly not wasted years. I regret not one year of that experience. I remember him with love and longing that it might have ended differently ... .

We never really negotiated how we would spend our lives together, but gradually drifted into a kind of sibling relationship that was made up of all of the best qualities of friendship and a good deal of respect for one another. I learned to never question his fidelity -- to not expect too much -- and to enjoy those places where we were comfortable with one another, and ignore what couldn't be changed.

We wanted for nothing that money could buy. I can hardly remember a time when Mel didn't anticipate our needs and fulfill them to the best of his ability. He personified the "provider" that his father had modeled for all those years.

I must have been difficult for him, often remote and moody. Rick's homosexuality was clear from a very early age, and that certainly must have created deep anxiety for this very masculine father. We never did actually talk about Dorian's retardation. He provided me with all that I needed to care for her, but didn't seem to be able to face up to her disabilities. His busyness that grew over the years served to allow me the freedom to bring up our kids in total freedom. He rarely interfered with my decisions about the children, and in looking back, some of those were surely questionable.

It may seem strange to others, but our friendship outlived our marriage by at least ten years. In his final years, though I was remarried to another -- I drove him to his doctor's appointments and saw to it that he had food and care (he died living in poverty -- an amputee from the ravages of diabetes). My second husband, Bill, and I were at his hospital bedside when he returned from surgery. I didn't want him to awaken to a lost limb -- alone.

Though there was certainly loneliness and sorrow in that first marriage, I can't imagine having not lived it. I was lucky enough to have loved two men in my life. Both entered it at the right time. I learned much from life with Mel. He was a lovingly supportive father, to the best of his ability. There were failings on both our parts, but triumphs as well. The challenges were great, but for the most part we survived them. Maybe his was a trajectory that blazed high in the sky over a shorter period of life -- and then he was gone. Mine came much later, but the years I spent with him prepared me for the second half, I believe. It is an incredible second half -- that's still unfolding.
Posted by Betty Reid Soskin at 8:52 PM