held unprecedented pain for our young family, it also brought humor that still makes me laugh out loud today when I think back.

One of the most delicious incidents I remember came during the early months after we'd completed the house and moved into the community, officially. It was a very warm midsummer day, one of those days when the smell of wisteria and lilacs sweeten the air and when one could hear the tiny but audible "pops" of seed pods exploding into the heat of the day. I drove the few blocks up to the local store where Al the grocer was the connecting link for much of the neighborhood. He'd always been very warm and helpful whenever I dropped in with my list, and I'm sure tried his best to allay the fears of my new neighbors. His grocery store was, necessarily, one of our first points of contact.

On this day, I was feeling particularly pretty (writes she immodestly), since I was still being very careful to look my very best when leaving the house. I was still striving to (silently) prove my acceptability. I was wearing white shorts against naturally bronzed bare legs and a clingy cotton knit top and leather sandals. I was very much aware of the stir I was causing by my 5'4" cafe au lait dark-haired Creole beauty, but my silence now included a growing confidence that I was blasting apart any stereotypes these glowering folks were entertaining. My physical appearance became a part of my weaponry. There was little else to call upon at the time.

As Al bagged my groceries, he asked with a twinkle in his eye if I'd be willing to drop off a six-pack to a house that was on my way ... "Of course." He or one of his sons often made deliveries so it wasn't unusual. I guessed that other neighbors did the same. But as I drove out of his parking lot, I was sure that Al was on the phone to say, "...she's on her way!" Stopped in front of a modest bungalow on Boulevard Way and before I could ring the doorbell a beer-bellied red-faced trucker-type (confirmed by the huge semi parked in the driveway) pushed open the door to receive the "delivery" from Al. I could hear a baseball game blaring from the television set and guessed that there were others watching from behind the screen door. I imagined that they'd risen for a better look at the "delivery girl." Passed the six-pack to this grinning man at the screen door and could feel the eyes following me back down the driveway to my car, grinningly enjoying every minute of it! Al had scored one for the good of the order. This may have been the day that the spirit of the improvement association began to lose steam. I was surely not their idea of what the much-feared Black Invasion looked like. Shallow times bring shallow victories. Al had enabled testosterone to take over the battlefront, and for the moment it seemed to work. But that introduced other dynamics. 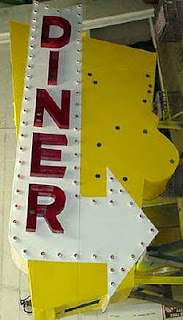 With 7 year-old Rick and toddler Bobby and babe-in-arms David, I stopped at a little diner just across Mt. Diablo boulevard from the St. Marys Catholic Church that we attended fairly regularly at the time. It was not a serious return to the faith of my childhood but was one of the few places in our lives where it was possible to be anonymous, and I hungered for that feeling. Rick was involved in catechism classes in preparation for his First Holy Communion and I'd just picked him up. It was around five and the diner was filled with noisy customers. I struggled in with the kids and choose a booth near the back of the place, near the restrooms. After a very long time, the waitress came over -- I assumed to get our order -- but, no. It was not to be. She announced with a grin, "...you'll have to get out of here. We're closing." The rest of the customers had gone silent. Some were also obviously enjoying my misery. It was the dinner hour. The place could not be closing. What was happening to us was obvious, but it was hard to know how to deal with it with my children looking on, especially Rick who could surely understand. There was nothing to do but gather them up and -- with hot tears scalding my cheeks -- make my way back through the diner and to my car. I felt devastated! Helpless to explain to my children what had just happened, but could feel their fear as they held tightly to my skirt and walked close to my body as we retreated awkwardly. With my arms filled with baby David, it was impossible to hold their hands and give them the reassurance that I would have to pretend. Felt the humiliation of being impotent to defend our rights to be served in a public facility. These were first experiences for this little California girl with no history of the sting of such blatant bigotry. This was before the passage of the Civil Rights Acts and shared rest rooms and drinking fountains, but this was not Mississippi, but California. How could this be? This was my home over a lifetime, and that of my children.

Bessie Gilbert, my good Mormon friend -- also new to the community, saw me pull into the driveway sobbing. She quickly left her trailer and dashed over to be of comfort. "This is what you've chosen for yourself, Betty Reid." "They were wrong, but this is what life will be like if you don't get tough and deal with this sinfulness right now!" Bless Bessie. She sobbed right along with me at the unfairness of it all, but this good woman (she was much older than I and a good 6 feet of solidly-built "pioneer" woman from Utah) was ready to take on the world in support of the Reids from that day forward, and that she did.

I began to develop a thicker skin after a time, and a new sensitivity that would protect us from potential painful incidents. My antenna picked up earlier signals, and by so doing lent more protection. Having Bessie and Al Gilbert ready to rescue enabled me to develop a sense of stability and some confirmation of the rightness of our cause. Our families shared occasional meals. Ål traveled a good deal in his capacity as Manager of the National Newspaper Association with offices in San Francisco. Their children, Jimmy and Evelyn, became the close first friends to our three over time. Being homemakers with absent husbands in common gave our friendship particular meaning. That deeply-religious family served as a base-line against which to measure proper moral conduct. Without them, I'm not sure how I could have maintained any sense of my own worth and would surely have drowned in a sea of irrational hatred.

Little of what our daily life was like was shared between Mel and me. He was working hard in Berkeley to support our new lifestyle -- leaving very early mornings to make the rounds of suppliers -- and getting home exhausted near midnight, six days a week (Wednesdays off, when possible). In this we were not unlike other suburban households, with husbands and wives living very different kinds of lives. In time the callouses began to grow on my psyche, and with the help of the Dinkins and the Gilberts a new kind of growth began to emerge and the responsibility to carry on alone seemed the logical way of survival. The rightness of my position was continually reinforced by my few new friends. In time the neighborhood began to relax and the young Reid's as Threat to Humanity eventually subsided.

The Diablo Valley, while less than 15 miles from Berkeley and perhaps 30 miles from East Oakland where I'd grown up and where my family continued to live, was separated by what I thought of at the time as a row of hills covered by the "Eucalyptus Curtain," that protected white suburban Californians from the older more racially diverse cities I'd grown up in. That's still true. Little has changed despite a huge population growth and a continuing climb into upper economic status. The psychological distance eventually outran the physical distance, and in time it became impossible to exist on that bridge of connection. Years later it would become necessary to make the choice to not live a life of ambiguity. Conditional equality of that kind is far too costly to the soul, yet the riches garnered from having lived through the challenges can't be denied. I would not have missed a minute of it, and continue to draw upon those years as background to my work in the political arena in these tumultuous times. It will take more than Ahnold to push me off my center, much more.

Then there was the Parkmead Elementary School Minstrel Show... .