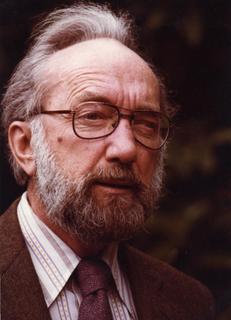 Born Billy Sosinski, in Michigan, son of Polish immigrants Peter and Mary Sosinski, brother of older sisters -- Claire and Dorothy. There was a deep sadness about Bill, the reason for which took many months to unfold. The family lived in Grosse Pointe, but the kids grew up in this very wealthy suburb of Detroit as the children of the school janitor and town drunk. When Dorothy, the eldest, left for college -- she immediately changed her name to Soskin in order to escape the perceived stigma of her Polish ancestry. Claire skipped college and took off for Chicago where she eventually became the chief buyer for womens' wear in the Hudsons Department Store. Bill attended the university and -- at Dorothy's suggestion -- also changed his name to Soskin. That neither was aware that they'd taken on a Jewish name I found really interesting. Bill and I were on countless Jewish mailing lists during our time at the university. So much for name-changing as a way to fold into the mainstream and escape prejudices.

I suspect that meeting Bill at the height of the Black Revolution -- at a time of my own identity crisis -- and the boldness with which I embraced my blackness played a part in our courtship. I was feisty and defiant, insistant upon my right to BE without reservation. It was interesting to me that someone of white skin could have suffered the same kind of racial identity crisis for an entirely different set of reasons; not the least of which was escape from a life of poverty and shame. This learned man, this accomplished intellectual and I were not so different after all, though the path to overcoming the past may have been less difficult for him, or was it? There comes the point where he could escape being Polish and poor and relax into simply being "white" and affluent.

When we met, Bill's world was made up of the leaders of the worlds of psychology, physics, the innovators of the Human Potential Movement that was emerging from Esalan, Stanford, and UC Berkeley. He (and many others) were serious converts to Tibetan Buddhism that they saw as the convergence of physics and spirituality. Timothy Leary lived just down the hill, authors Isaac Asimov and Fritjov Capra, John and Toni Lilly (Dolphin Research) were friends, as were futurists Don Michaels of the University of Michigan and Gay Luce, founder of SAGE, Charlotte Selvers, Sam and Jan Keene of Psychology Today. Their spiritual leader was Tarthang Tulku, Rinpoche, of the nearby Padma Ling, the Tibetan Institute on the border of the campus and across the street from the building that housed our research project.

Bill was consultant to the Episcopal Diocese of Northern California where we both served with then Bishop J. Kilmer (Kim) Myer and Archdeacon John Weaver, on the Vallombrosa Conference planning committee. This was the think tank for the Diocese where, annually, papers were presented on the critical themes of the day. I got to hear Paul Erhlich give his "Population Zero" work that grew into his book; heard the arguments for and against the highly-contested Peripheral Canal, Economist Hazel Henderson predict the economic outlook for the next decade; John and Toni Lilly introduce their dolphin research that had barely begun in Southern California at that time. A parade of the leaders of the time marched through my life in growing numbers.

After years of making oatmeal, wiping noses, kissing boo-boos for four growing kids, I now found myself as curious as a 12 year-old cast into the world of doctoral candidates and professors -- with a thirst for knowing that I was only dimly aware of until that time. Our livingroom was the meeting place for new thought and novelty, and I held a front seat in the theater of the future!

I never felt patronized by either Bill or his brilliant friends. My openness and obvious curiosity about everything must have invited them in. I was never afraid to question and challenge, and Bill's obvious pride in my willingness to participate guilelessly fed my confidence. He was so enabling! My head was spinning with new information, and my curiosity sharpened with each day. Imagine having this world-renowned university literally at my finger tips day after exciting day!

In a matter of months I was brought out from behind the desk in the front office and introduced to co-leading groups of adolescents at the school test sites -- co-leading with doctoral candidates from the university. I was working closely with future psychologists in every phase of the experiment, including reviewing, editing and evaluating reels and reels of videotapes of the work. Eventually able to critique the work with my husband, and listened to as well. Helped to shape grant applications and to write missions statements and budget justifications. Can you imagine? Weekends were spent in seminars at Padma Ling, and Salons in livingrooms in private homes around the university -- with the newsmakers of the day. It as like having a ten year private tutorial toward a non-traditional doctorate.

After several months, Bill came to my desk to ask if I would take a long lunch. He wanted me to see a house he was thinking of purchasing high above Berkeley on Grizzly Peak Boulevard -- overlooking one of the most beautiful vistas on the coast. When we reached the modest home with an overgrown garden, we stood for a minute looking at the view and he said, (our home in Walnut Creek was actually far lovelier, with much more space) "don't want to rush you, Hon, but I'm wondering if you would move into Berkeley and share this home with me? It's just a place where we can get to know one another -- just to see if it would work ...".

We sat for a while looking out over the hills -- and he followed with, "...you know that I'm studying Buddhism. I don't know at what point it will be, but when the time comes I will be required to enter the monastery and be in total isolation for 3 years. That has been my ambition for many years. I must complete my studies. You must understand that."

I asked for time to consider how that might effect my life, and after much thought -- a few days later told him that I was in a place of decision-making. Told him that my marriage was over, that my home was being seized by the IRS -- that I had no idea whether I would coming to live with him because I loved him, or whether I was simply escaping from an unknown and very uncertain future. In addition to everything else, I was suffering from empty nest syndrone and not nearly ready to face this final separation from my children. His answer a day later was to deposit $5000 in the local bank -- hand me the bank book with my name at the top. Enclosed was a note, "...these funds will always be here. It is your security, to be used if and when appropriate. You can feel free to move on at any time. You'll know now whether you're here because you want to be. Meanwhile, will you marry me?"

Then we agreed that at such time that he felt the need to enter the part of his training that required that period of isolation, we would divorce. Since neither us could be sure just who would return from such an experience -- and since neither of us felt that I should be confined to living in my own version of isolation because of the demands of his religious practice -- we would come together and renegotiate our relationship. And, we would do all of that legally, so that he could feel free to move on -- deeper into his religious experience -- if that's where life led, or that I would continue my own life without him -- or with someone else. We would spend the year before his departure working out the legal plans and consulting with a good therapist. And, we did all of that.

How Berkeley can one get?

Photo: William F. Soskin, Ph.D., Research Psychologist, University of California, Berkeley. His major work was with Project Community, a drug prevention program for teens that grew out of the phenomenon of the Haight-Ashbury Lovefests occurring in San Francisco in the Sixties and Seventies. He served as consultant to the Episcopal Diocese of Northern California, as a member of the Vallombrosa Conference, was a candidate for the Club of Rome (Advisory to the Vatican), a devout Tibetan Buddhist, and my second husband . The small pic shows him in retreat at Odiyan, Nyingma Monastary in Sonoma County, California.
Posted by Betty Reid Soskin at 10:04 AM