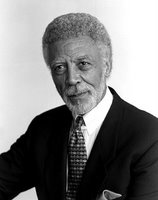 Garbage in, garbage out and other nightmares ... and then ...

This has been a dreadful week, but all is not lost. Until ... until being reunited with someone I've long admired from afar but lost track of years ago into the busyness of too many days of more trivial pursuits. We've been marching in different parades, with his being the more majestic. Less stressful, of that I know. More than likely it's a question of scale. While I've spent a lifetime of activism within a scant 30-mile radius -- he has served on a world stage; from social worker community organizer and later Berkeley City Councilman -- to Chairman of the powerful Congressional Armed Services Committee as 8-term Representative Ronald V. Dellums, man of peace and representing one of the most diverse congressional districts in the nation. In that role he worked to engineer the end of apartheid in South Africa and greatly influenced the freeing of Nelson Mandela and led to this legend's ascendance to the presidency of his country.


Untypically, the past week has combined forces to send me straight to the dumpster. Ordinarily I would have prevailed against all but the most impossible odds. This week exposed some vulnerabilities I'd failed to notice.

a. Dorian has returned home (temporarily) after months of sharing an apartment with another mentally-handicapped young woman under a program that specializes in providing supportive services. For the most part it has been successful until Zena suffered a psychotic break that brought a broken window, tossed chair, a kick through the sheetrock of a bedroom wall -- and risk that forced a quick decision to close the apartment and move Dorrie home again, or at least until a suitable alternative can be provided. There's a HUD 1-bedroom apartment available to her that's awaiting cleanup and painting, so all is not lost. Meanwhile, she is chafing at having to give up her independence again and yield to the (no matter how subtle) controls of an over-anxious mother (moi).

b. A miserable attack of hayfever brought on by excessive rains followed by a couple of warm days and the resulting early advent of offending pollens. That meant missing work for days while hemmed in (with Dorian) with no escape from hour-after-hour CSPAN coverage of the Judiciary Committee hearings. A recipe for disaster!


A growing depression was further worsened by the spaciness of a low-grade fever that tended to make visible the glaring idiocy of events. It was like a parody of government. How about a committee of old white guys (the Senate Boy's Club) sitting in judgement about another white guy's having once belonged to C.A.P., an organization (like their own) that looked with disdain upon women and minorities? How about a Senate Committee composed of old white males (with the exception of Senator Feinstein) placing so much emphasis on this one white guy's attitude about Roe vs. Wade -- white men who haven't a uterus between the bunch of them -- and none of whom has ever been pregnant. What happened to the idea of critical judgements from a "jury of one's peers"? How did it ever come to this? Who said that intelligence and good judgement is embedded in one gender only, and that men have some special capacity to be wise and empathic enough to rule on a woman's right to choose?

Cases have been overturned by the fact that a black defendant's guilt or innocence has been determined by a jury from which all but white jurists have been purged. Would this not be true where gender is a predictive factor in the determination of a case involving abortion? Can we not see the critical importance of having women weigh in on any such matter? Are men truly capable of the kind of objectivity that would take the issues above the level of simply enforcing the subordination of women?


Then word came down that the California Supreme Court had ruled against clemency for Clarence Ray Allen, compounded later by the governor's denial. The execution will take place tonight of one more human being -- even while the moratorium is being considered by the legislature. How can this be? Were you aware that only a months or so ago this man suffered a massive heart attack -- was hospitalized where he slipped away for a time and then was resuscitated with his execution date scheduled for tonight -- on his 77th birthday? Can anyone imagine a greater irony? Why could they not have simply allowed him to die? Who would have been harmed? Were I the doctor in that ER the choice would have been clear.

Hal, a protester who is organizing the vigil activity, called late Saturday afternoon with a reminder that the group will be gathering for several hours at the prison gates that night for a press conference, and would I join them? Rain is threatened. I could not go. It all felt so useless. I've not yet recovered from the very recent execution of Stanley Williams. This was just too much. And I was beginning to feel that pollen was not my problem as much as the feeling of powerlessness now overwhelming me since that death. But I believe that this is where I touched bottom and the rebound was begun ... .


Always there is that pendulum frantically swinging to bring balance. It was already beginning to sway to the opposite pole -- taking me with it despite all.


Weeks ago I'd received a call from Stacy Hoffman asking if there was some way that I could help her organization (Rhythmic Concepts) get former Rep. Ron Dellums as the keynoter for this year's annual Martin Luther King Birthday Concert; a truly important event. It was an easy matter that called on little more than providing a phone number or two that produced the desired result. He accepted. Last night I enjoyed a front row seat (as a grateful Stacy's guest) before an array of hugely talented Oakland musical groups (Linda Tillery and her Cultural Heritage Choir; The Oakland Children's Choir; Madeline Eastman and Faye Carroll, jazz singers; ending with the incredible Oakland Interfaith Gospel Choir led by Terence Kelly). They performed in a format that was interspersed with snippets of Dr. King's powerful speeches played upon a large screen to a reverent audience. You would not believe that evening! It was impossible to maintain the gloom that had clung so stubbornly to my being as I'd walked into that auditorium earlier.

The elegant and eloquent former Congressman Dellums (I'd forgotten) rose to speak before this audience of passionate listeners -- oh how magnificently he's aging! -- he was electrifying! He appeared proudly Lincolnesque with that angular face, shock of white hair, and signature beard. He'd announced his intention of entering the race for mayor of this city only a few months ago. More than anyone in public office today, his presence sends a message of peace and stability to those around him. He is charismatic beyond measure. I dared to allow myself to see him as "presidential," to my own surprise. For a quick minute I felt myself comparing him to the current occupant of the White House and felt a silent giggle form in my throat. This is the model that young, fast-rising, and inspirational Senator Barack Obama may well aspire to emulate. He could hardly do better. The word "statesman" fits few in today's political world. The word comes immediately to mind when in the presence of this iconic figure.

I listened raptly as he drew from the wisdom of Dr. King with great skill and confidence. He breathed new life into the words that have become so familiar over the 30 or more years since first uttered -- and that have begun to be emptily recited by rote by generations who "weren't there." It was an evening I'll not forget any time soon.

For the first time in a very long time, today I no longer feel alone ... .

I will volunteer to work in this campaign in that hope that his leadership will become regional -- will reach beyond Oakland's boundaries into my city of Richmond. Ron Dellums is the only person that I can see on the horizon with the potential to draw the like-minded Progressive community together across political and racial boundaries toward positive social and political change. As goes the Bay Area goes the State of California. As goes the State of California, eventually, goes the nation.

Maybe this is where it all begins ... the first steps toward hope and the dramatic changes necessary to rescue this nation for the next generations. Yes, it's that huge and I'm that fearful of a future as predicted by the everyday de-construction of our country's institutions and way of life ... and before so many of us have been able to benefit by the promises of the first or to achieve the second by divine right of citizenship.

There is so much still to be won.

Photo: Found this photo of Ron on his website. This picture appears younger than the man we reconnected with last night. The older (70 maybe?) Ron has whiter hair and heavier beard but with the athletic (6'4") body of a 40 year-old. Wish I'd thought to take my camera along. Will try to update this photo at the first chance to do so. Do explore his website for more information on this exceptional man.