It appears that the governor-elect is considering cutting back the legislature to part-time as the way to balance off his promises of a rollback of the license taxes and other bold promises. When I asked if this was even within the realm of possibility, I was assured that it is. Hope it's just a trial balloon ... .

The implication here is that the legislature will be reduced to participating in the budget process and little else. It also would mean that the state's power will lie in the hands of the governor and the lobbyists, since term limits have already robbed the legislature of its institutional memory. No one in the Assembly can serve more than six years, a mere interruption in one's career. Can you imagine what it will be like if -- even those terms were shortened so that few will have the ability to take the necessary time out to learn the process of governance? The system will have been gutted for all intents and purposes. One shudders to think of how the power shift to the governor would effect us. I don't think the phrase "power grab" can be over-used at this point. 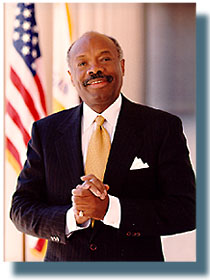 In California, the initiative process has been creating havoc since Prop. 13.  It changed our ability to fund education from local taxes and distorted the entire tax structure. Since that time a series of state initiatives have carried mandates that leaves less and less revenue in the general fund for the legislature to budget. The realization of this fact helped kill Prop. 53 that would have caused us to take -- off the top -- moneys for roads, bridges and infrastructure, before a dollar could be assigned to health and education. Maybe we're beginning to understand that. Perhaps, next we'll begin to see that we've harmed ourselves with term limits and will repeal that awful ruling. After all, that came into being as a way to rid the legislature of then Speaker, Willie Brown. Willie's doing fine, thank you, as San Francisco's mayor, while we're still stuck with that onerous exit strategy of long ago.

Our office has been quiet today. We're all disbelieving present reality. At some point we must be able to deal with the changing of the guard in Sacramento. It will effect us, surely, but the one we represent is still away (following the bruising last session), and will return on Monday. We'll get a read on the capitol's expectations by the end of the week. Meanwhile, I plan to stay in the micro and avoid any on air encounters with anyone in any office higher than mayor!

Have gotten into the habit of using my remote to zap Ashcroft, Bush, Powell (both), Rumsfeld, and now Schwarzenegger! Maybe I'll have to give up CSpan completely, except for Booknotes.

If I hear any more about this proposal to cut back on the time of the legislative sessions, I'll let you know. Hope it's only a rumor, but then I recall a time when I heard the possibility of our electing the Terminator was "only a rumor," too.
Posted by Betty Reid Soskin at 8:09 PM