Yesterday was one of false starts and little forward motion.

I'm far more sensitive to those times when I'm forced to "idle"; something that becomes more and more frustrating as one grows older. Over time a sense of urgency develops that's surely related to a quiet sense of the inevitable, of one's mortality, of the preciousness of time.

I've noticed over the past five or so years that I'm far more apt to act with little hesitation in situations where, at earlier times, I might have hesitated and given more consideration to possible outcomes. Don't mean to suggest that I've become rash in my decisions or careless about consequences. No, not at all. It's just that I'm still working at full tilt in a world that's peopled by far younger professionals who are on their way up the career ladder, where much consideration must be paid to future outcomes and proper liaisons; where they're far more likely to play it safe. I'm not at the start, but at the end of mine, at a time where I've built a veritable mountain of experience and a grand library of "roads not to take, because...," and an almost uncanny sense of people signals. It's wild when I take the time to think about it (which I rarely do). In these years I act far more intuitively than ever before, and where some of that has been with me -- lifelong -- some is acquired, I'm sure. I've become a risk taker and far more daring over the past decade.

Recently I had one of those moments that may seem trivial in the telling of it, but that stood out for me as quite wondrous. I was driving to work in the usual traffic backup that leads to the Bay Bridge when I realized that my lips were very dry. With one hand on the wheel, I reached for my purse, slipped my hand into one of the three divided compartments and -- deftly and with little thought - let fingers slip past 20 small items - directly to a little tube of lip balm.
Though I hadn't used it in months, wasn't even sure it was there, my fingers immediately "knew." Had I given it any conscious thought, I'm not sure it would have happened quite that way. But in days that followed, I began to notice how many times that kind of thing occurred...
more than one might guess.

Much of my work is that way. The directions are defined in advance of the "acting on" at some intuitive level. The signals rise from that bedrock of experience, I suppose, and in more ways than I know. 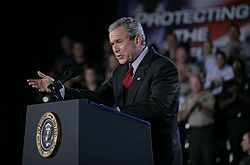 Yesterday I spent the morning reading the Patriot Act. Wrote a news advisory about the panel discussion (tonight) in Walnut Creek, for release to the press. Awaited a call from Loni that we would use for her briefing session (she was at home with a bad cold). Late in the afternoon the call came announcing that she was feeling too ill to participate in the event and that tonight's panel appearance would have to be canceled. Unavoidable. The loss of a precious day, at a time when I sometimes feel myself in a countdown... .

That reminded me, though, to stop by Kaiser today for a flu shot. It's that time of year again. And today I'll have a chance to get back to the issue of the Barbara Alexander Academy and the organizing of the Iron Triangle group to support it. Have not told you about the California Autism Society Banquet last Saturday night, but that can wait. That part of my world seems to be doing pretty well without my assistance, thank you, so -- if that continues -- I'll get back to sharing more of the past.

Talked with Bob last night. Didn't ask if he's been reading this, but the feeling that I'm writing to him and to David and his children has become the more and more important. It's like the singing. I can do this if I know that I'm really speaking to them and allowing you to listen.
Posted by Betty Reid Soskin at 8:54 AM